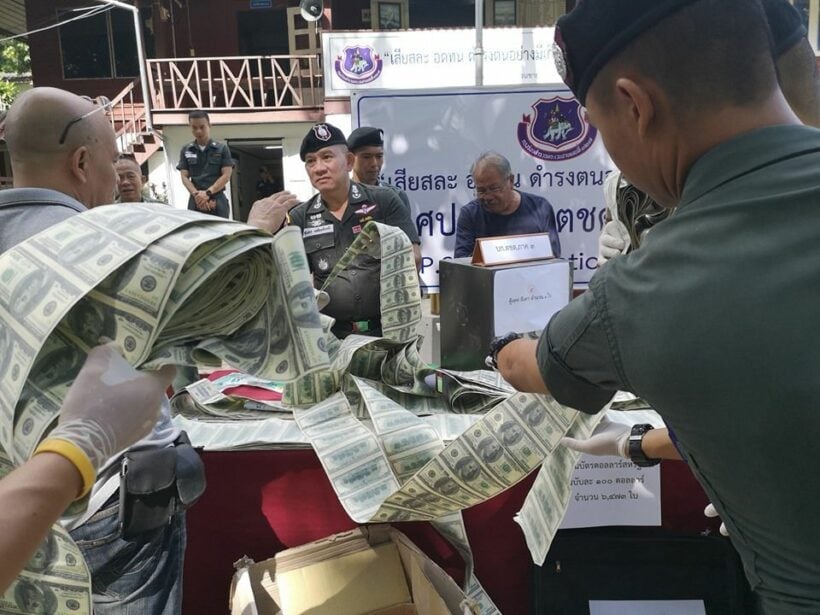 Counterfeit US dollar banknotes valued more than 16 million baht have been seized at a Chiang Rai house after police organised a sting. A 54 year old woman was arrested over the matter last Thursday. The sting followed a tip off to border patrol police about the fake USD notes being circulated around tambon Rim Kok. 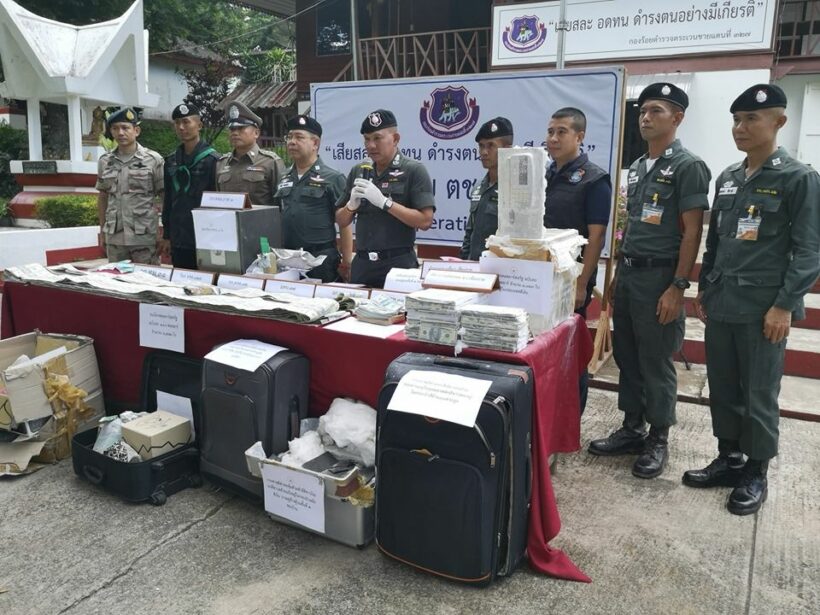 Police conducted a sting where an undercover officer posed as a buyer of the counterfeit currency and contacted the owner of the fakes. They met at a nearby petrol station where the woman then took the policeman to her house, showing him the process of making the bills. He then called in border control police, revealed that he was a policeman, and arrested the woman.

The woman has been charged with possessing counterfeit foreign currency with intent to use.

Enjoy the dramatic report below, complete with ‘action movie’ soundtrack and finger pointing…