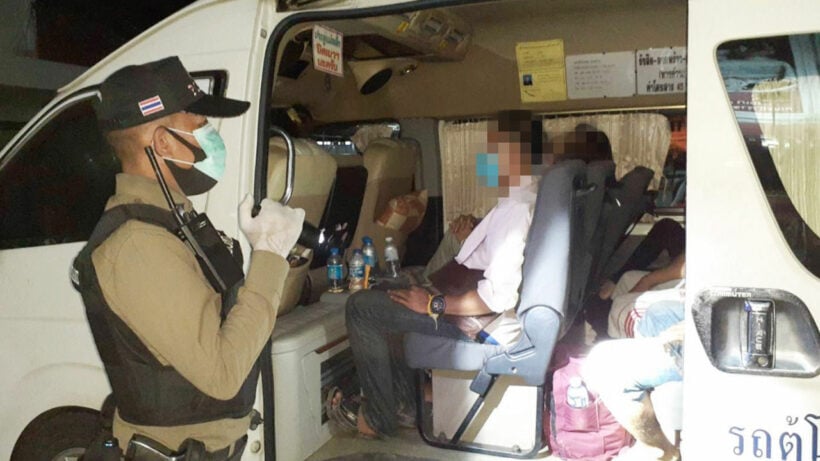 Border patrol police arrested 14 Laotian migrants who allegedly crossed the Thai-Laos border into Ubon Ratchathani. The arrests come after orders to tighten border security in fear that illegal migrants might carry the coronavirus.

Police got a call that a white Toyota van looked suspicious and appeared to be carrying migrants from the border. Officers tracked down the van and found 7 men and 7 women from Laos who allegedly entered Thailand illegally. They say the migrants allegedly paid 4,000 baht each to enter Thailand.

The driver, 54 year old Patiphon Chantakhet, told police he was hired for 15,000 baht to 20,000 baht to pick up the migrants and take them to Bangkok. He is facing charges of facilitating illegal entry into the country.

Since border patrol has tightened over the past month, dozens of migrants, mostly from Myanmar and Cambodia, have been arrested for allegedly entering Thailand illegally. Border police say they are going to tighten patrol along the Thai-Laos border to prevent more people from entering illegally.