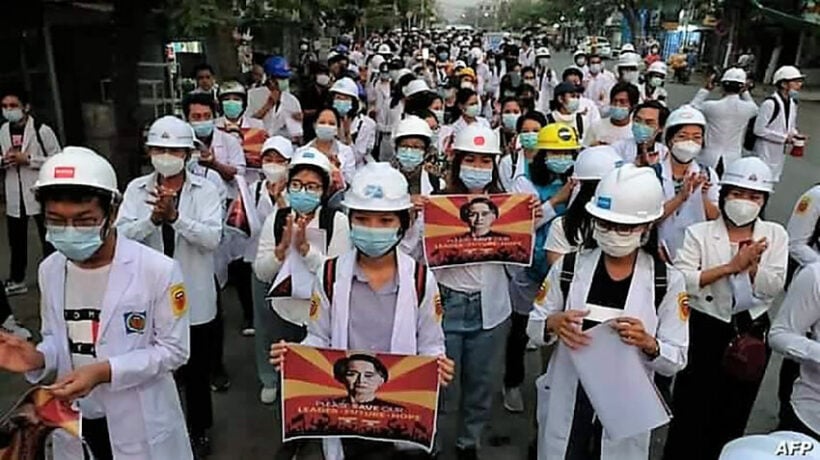 The Myanmar military has freed more than 600 detainees after today’s silent protest by those opposing the recent coup. One of those released included 32 year old Thein Zaw, an Associated Press photographer who was arrested while covering the rallies. He was charged with spreading fake news, along with 5 other journalists. The release of the detainees comes after a 7 year old was shot in her home by the military who were aiming for her father. A prison official, speaking anonymously confirmed the detainees’ release.

Such violent actions against civilians have caused international condemnation, prompting sanctions from the UN and the US against 11 military officials. The UN has also criticised the junta by saying it is likely to be committing crimes against humanity. Australia and Britain have advised their citizens to either prepare for an emergency situation or leave the country. Since the coup, media organisations and the internet has been censored.

On February 1, the military overtook the government, which held democratic elections last November with Aung San Suu Kyi’s National League for Democracy party winning by a landslide. During the coup, the 75 year old Nobel Peace Laureate was arrested on charges of owning illegal walkie-talkies as well as breaking Covid-19 safety measures. Other members of her party were also arrested.

Suu Kyi was supposed to have a court hearing today on criminal charges that, if convicted, could see her barred permanently from political office. But due to the junta shutting down the internet, her video conference experienced technical difficulties. Her lawyer says the hearing has been rescheduled to April 1, but has been unable to have a private conversation with Suu Kyi as of yet.

The death toll in Myanmar reportedly sits at 275, but that number could be higher. Junta spokesman Zaw Min Tun disputed that number, saying it was only at 164, while calling the victims “violent terrorist people” at a news conference yesterday.

Bombs found in stolen truck behind police station in Yala