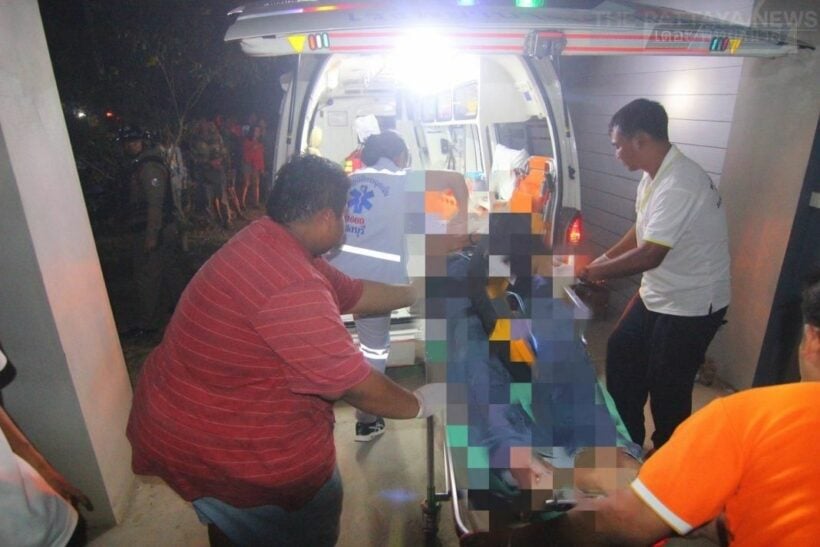 A Pattaya mother was shot dead last night in front of her daughter, who begged for her mother’s life the assailant shot himself to death. Police were notified of the incident at 8:30pm.

Police, emergency responders and reporters rushed to the scene, where the body of 38 year old Chayanan Prasobsuk was found in a bedroom. There was a single bullet wound in her temple. Nearby, rescue workers found 67 year old Sophon Thitanon, a contractor in Chon Buri. He had sustained serious injuries from a gun shot to his head and was later pronounced dead. A handgun was found at the scene.

A neighbor told The Pattaya News that she heard the first gunshot before a female started screaming. The she heard another shot before Chayanan’s 13 year old daughter ran out for help. The girl’s name is being withheld due to her age.

The girl told police she saw everything. She begged for her mother’s life, but Sophon ignored her and shot her mother before shooting himself.

Police are helping the daughter find support and shelter with relatives. They continue to investigate the incident and say the killer’s motive is not clear.