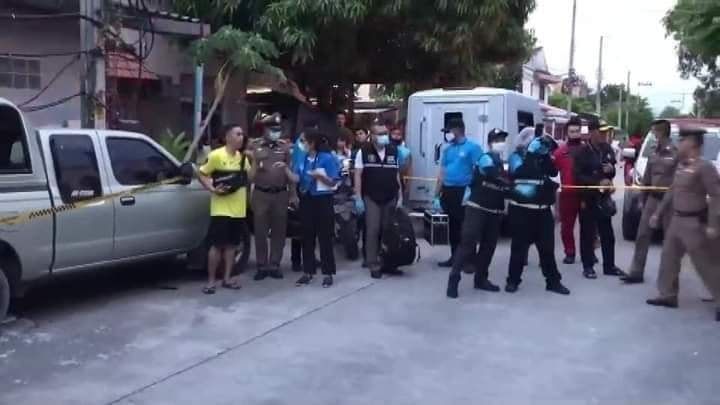 A man allegedly chained his uncle to a staircase and beat him to death with a baseball bat. 27 year old Jetsada Raksutee was found at his Chon Buri house and police say he appeared to be in a catatonic state. The body of his 45 year old uncle, Sonthaya Arnpoe, was found covered in blood with his leg chained to the staircase.

Police suspect Sonthaya died 3 hours before they were called to the scene. A few cars in the area also appeared to be damaged by the baseball bat. Neighbors say Jetsada has suffered from mental illness due to severe head injuries caused by a past road incident. Jetsada was taken to a psychiatric hospital to be evaluated.

Jetsada told police he had an argument with his uncle and then it “got physical”. Police say he has admitted to chaining his uncle to the stairs to make sure he wasn’t able to fight back or run away.

Police are still investigating. No charges have been officially laid by police at this stage.