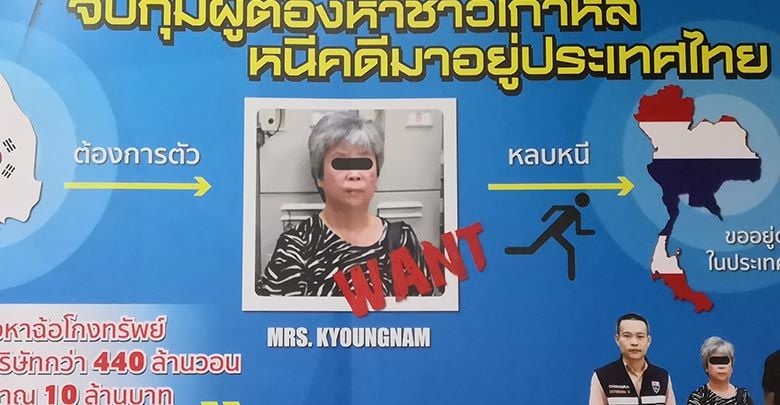 The Thai Immigration Policein Chiang Rai have reported the arrest of a Korean woman, Kyoungnam known as ‘Park’. She was prosecuted by the South Korean authorities on fraud charges and had an arrest warrant issued in her name by a court in South Korea.

So Miss Park attempted to hide in Thailand and evade her arrest warrant in South Korea. But the South Korean authorities contacted Thai Police with information about Park, including a description of the Korean ‘auntie’ (an asian term of endearment for an older woman). The search for Park was picked up by the Chiang Rai Province Immigration Police who tracked her down and arrested her in the area.

Park had been working in a company in South Korea for a number of years. During her time working there she had cheated the company by covertly stealing more than 440 million Korean won, about 10 million Thai baht.

She is being deported back to South Korea.