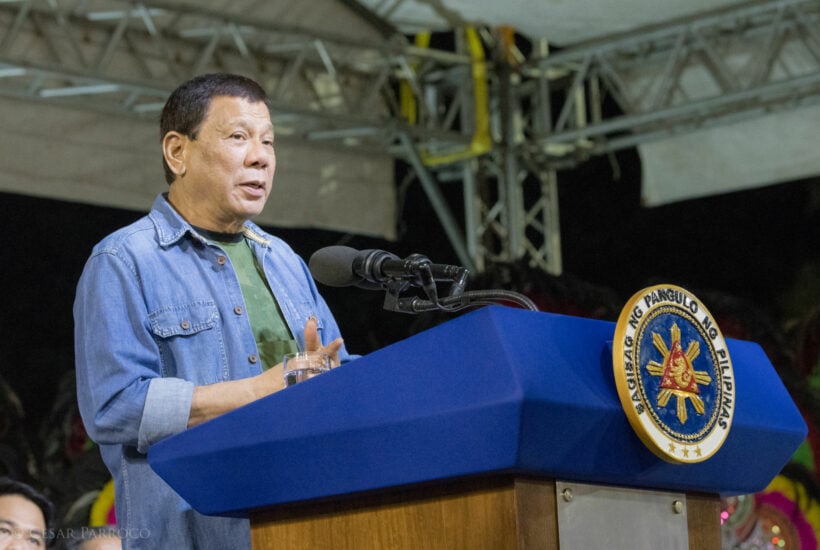 “If it’s drugs, you shoot and kill. That’s the arrangement.”

Philippine police have been ordered to kill those caught trafficking drugs. Philippine president Rodrigo Duterte said publicly during a Cabinet meeting that he wanted a revised crackdown on the country’s drug trafficking. The country’s leader is known for his strong anti-drug and hard-ball stance on drug dealing and trafficking, backed by the national police, where more than 5,700 alleged drug suspects have been killed.

The president gave the order to Bureau of Customs Commissioner Rey Leonardo Guerrer, who is a retired army general and former military chief of staff. While the commissioner did not attend the meeting, Duterte reiterated to the Cabinet what he told the commissioner in a previous meeting. The president mentioned he approved the commissioner’s request for firearms, but no one has been killed yet using the new guns, telling the customs officer to “shape up.”

The president has a history of threatening drug dealers, but has also denied ordering the extrajudicial killings. More than 5,700 drug suspects were killed during the 4 year anti-drug campaign. Most of the suspects were poor. Duterte claims those killed by police during the campaign threatened the lives of police officers.

Human rights groups got involved and the alleged crimes were reviewed by the International Criminal Court. In independent investigations by human rights groups, they found that some police killings were allegedly covered up by authorities. They say the scene was altered and police officers allegedly placed firearms in the victims’ hands to make it look like they fought back.

Police have responded by saying, if the human rights groups do have evidence of the alleged misconduct, then they should file criminal complaints in court.

In 2018, President Duterte placed the military in control of the customs bureau after large shipments of methamphetamine entered the country through Manila. Duterte says he will continue the crackdown in his remaining two years as president.