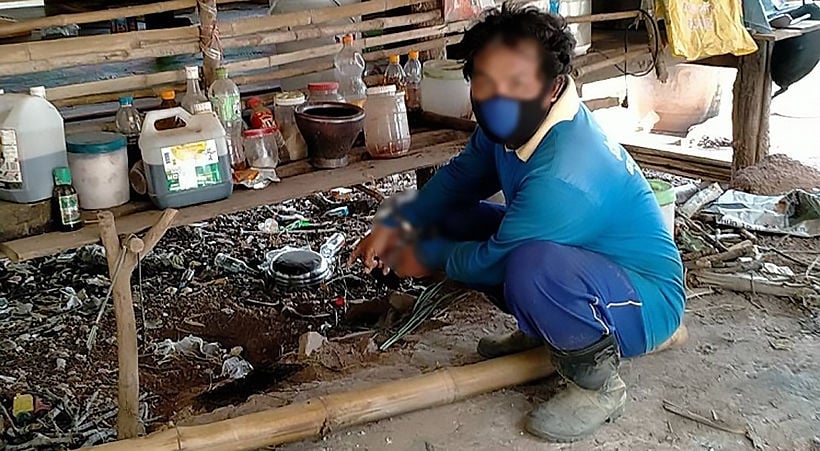 A bricklayer in Issan’s Nakhon Phanom province, bordering Laos, was arrested for allegedly killing his wife and hiding her body in a concrete pipe. Police yesterday confirmed the arrest of 53 year old Phis Jandaprasit.

“The suspect confessed that on Wednesday he had a fight with his wife, Boonlert, aged 49, and hit her on the head with a brick several times. The suspect then moved the body and dumped it in a concrete sewage pipe, located about 100 metres from his house. He also plastered cement over the pipe to conceal the body and cleaned traces of the victim’s’s blood in the area with water.”

Boonlert’s daughter and relatives eventually located her body while searching the neighbourhood for clues when they were unable to find her. They alerted police who then tracked down Phis as the prime suspect and arrested him Thursday morning. The suspect allegedly confessed to police and disclosed the location of the body. 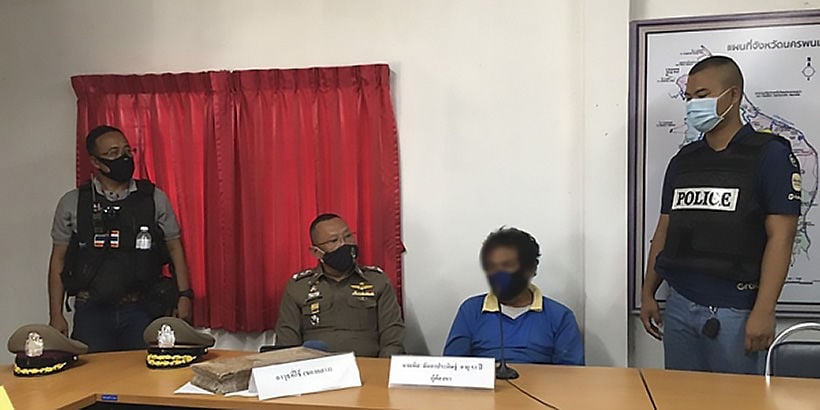 “From preliminary investigation, it is evident that the suspect acted alone. The motive for the murder was jealousy, as the suspect found out that his wife was having an affair. He confessed to all the charges.”