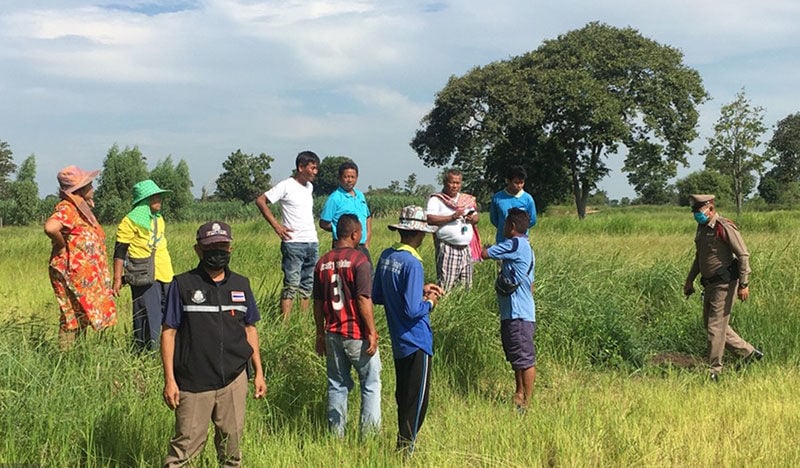 An Isaan village chief found human bones in a rice field today as he was spreading fertiliser over his crops. A local 49 year old man was reported missing last month and police suspect the remains are his.

The found bones scattered around the field in Buri Ram. Police along with a doctor from the district hospital investigated the scene. Police found teeth, a skull, leg bones and arm bones. The remains had no flesh and appeared to have been chewed on by dogs.

Police also found a torn up pair of shorts as well as a dog collar. The family of Sin Deeporam, who was reported missing, say they believe the shorts are probably his.

The bones were sent to a district hospital to be examined by medical professionals. Police are still investigating.