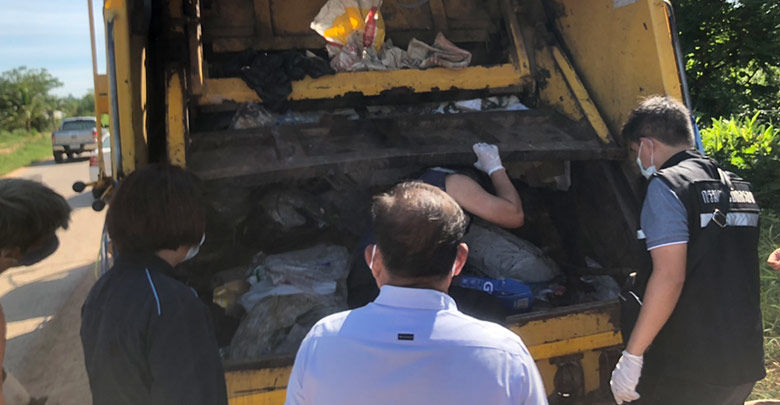 One person’s trash is another person’s treasure. A black rubbish bag thrown into rubbish bins wasn’t your typical garbage. Police say the bag, picked up by a garbage truck in Northeast Thailand, was full of methamphetamine pills.

The bag was found by garbage collectors among bins situated next to an irrigation canal between Tao Hai and Phai Thong villages in Kalasin. When the trash bags were being compacted in the back of the truck, the bag broke open, exposing packages. Police say there were altogether 14 packages containing the drugs. Police have launched an investigation to find the source of the drugs.