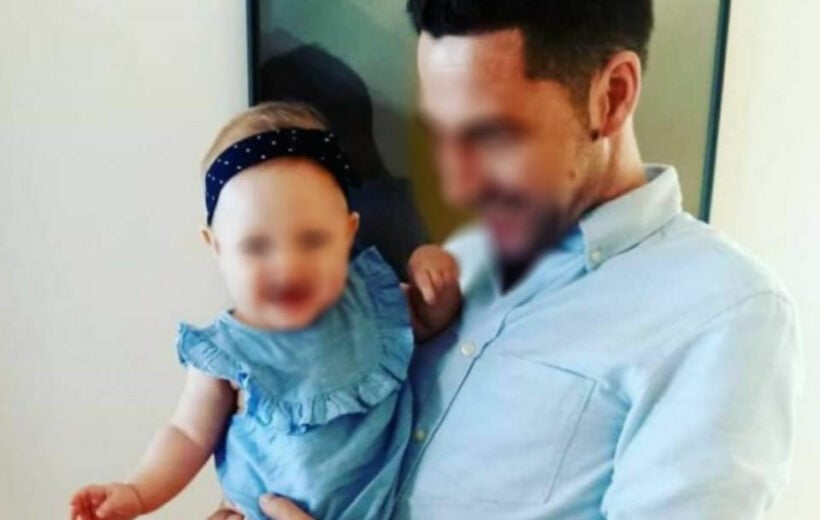 The Thaiger has been asked to remove the photo we posted from the GoFundMe page raising funds for Dutch citizen Wesley Halbach.

He is currently waiting in a Thai jail for charges related to the money-making pyramid scheme SPM Shopping Mall said to have scammed thousands. A GoFundMe page has been set up, requesting donations to help pay bail, hire a lawyer and reunite Wesley with his family overseas. The page claims that the 37 year old father is the “…victim of a big set up”.

Mr. Halbach’s lawyer, Dr. Pornthip Chartdee Ph.D from Nongprue, Banglamung, in Chon Buri, sent The Thaiger an email asking us to remove the photo. We have replaced the photo with a blurred version. If you wish to see the original you can go to Mr Wesley’s GoFundMe page HERE. 2 people, who were involved in the SPM Shopping Mall scam, have provided The Thaiger with screen shots of conversations they had with Mr. Halbach.

Police claim Wesley was an ‘administrator’  for the scheme’s Line messaging chats and that there are around 40 other suspected “Line Admin.” A recent Facebook post by the mother of Mr. Halbach’s daughter, with a link to the GoFundMe, claims Wesley is “…one of the kindest people who I know”.

The Thaiger has covered the larger story about the SPM Shopping Mall scam….

Wesley was arrested last month at Bangkok’s Suvarnabhumi Airport. Police claim Wesley, along with his partner and child, were about to flee to the Netherlands. Police allege that around 100 million baht had already been transferred to banks in a neighbouring country.

Police suspect over 10,000 people fell victim to the SPM Shopping Mall scam. People were paid to “click” on products, giving it a positive rating to boost the SEO rankings. The more money invested, the more they could “click” and potentially more money back.

Wesley is accused of monitoring the SPM Shopping Mall website and Line app as well as inviting people to join the scheme. The people invited to join the scheme by ‘Admins’  can then go on to invite other into the scheme – a classic pyramid scheme. Several Phuket residents filed complaints with police, accusing Wesley of tricking them into making an investment. He was arrested on charges of defrauding others and conducting an online scam. The ‘Admins’ were being paid up to 500 baht per day to work the system by the people operating the website. They, in turn, were able to earn a percentage of the monies paid into the scheme by the people ‘downline’.

The GoFundMe, set up by the mother of Wesley’s 2 year old daughter, says they’ve used all their savings to help “fight for his justice.” So far, more than 1,195 euros have been raised to help Mr. Halbach pay for lawyer costs and bail. The page is hoping to raise 9,000 euros.

This fundraising is for Wesley who I share custody of my almost 2 years old girl.
I know Wesley for over 5 years and he is one of the kindest people who I know.

Wesley is at the moment stuck in Thailand and waiting for his court.
He is accused in court of acts which he has not done. He is a victim of a big set up.
He was very naive to trust wrong people and now we are living a nightmare.

Funds will be used for lawyer costs and bail.

If you have ever spent any time inside a Thai prison, you will know how difficult life can be on the inside. There is constant overcrowding, disease, lack of clean food and water, immense heat, lack of access to people outside the prison, occasional violence and death, and other challenges.

Click HERE for the GoFundMe page if you feel inclined to support this Dutch citizen.