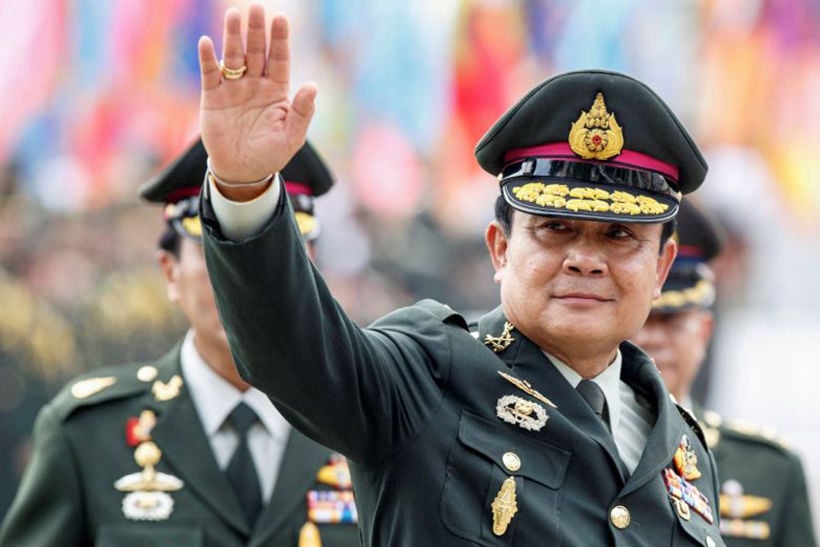 A policeman in Isan, in Thailand’s northeast, is today in solitary confinement for posting  video parodies of Prime Minister Prayut Chan-o-cha.  Police say the officer, who works in Amnat Charoen province, will be jailed for three days for his mockery of the PM.

“We asked him and he said he did it for fun. He felt guilty. Since he is a police officer, and he took the video at his workplace, it was wrong.”

Amnat Charoen’s police commander says he ordered the detention as a disciplinary action.

In a series of videos posted to TikTok, the officer lampooned several people who spoke at the recent no-confidence debate in Parliament. One of them shows the officer lip-syncing some of Prayut’s speech while dressed in a military uniform and shorts. He also exaggerated Prayut’s speaking style and smiles.

The videos have since been deleted, but copies were widely shared on social media.

Police Spokesman Col Kissana Phathacharoen said yesterday that the officer broke police regulations on code of conducts, and is being punished accordingly.

“Besides having to abide by the laws, police are governed under Police Act, as well as the code of conducts. It’s disciplinary punishment,”

In a letter of confession, the officer expressed contrition and promised “not to cause difficulties” to his commanding officers in the future.

Mocking Prayut has led to legal actions in the past. In 2016, eight people were arrested for running a Facebook page that lampoons Prayut. A year later, an activist was charged after he posted a satirical online poll targeting the then-junta chief.

In June 2019, police officers also visited the home of a French expat who posted a parody video of Prayut’s hit song “Returning Happiness to the People.”