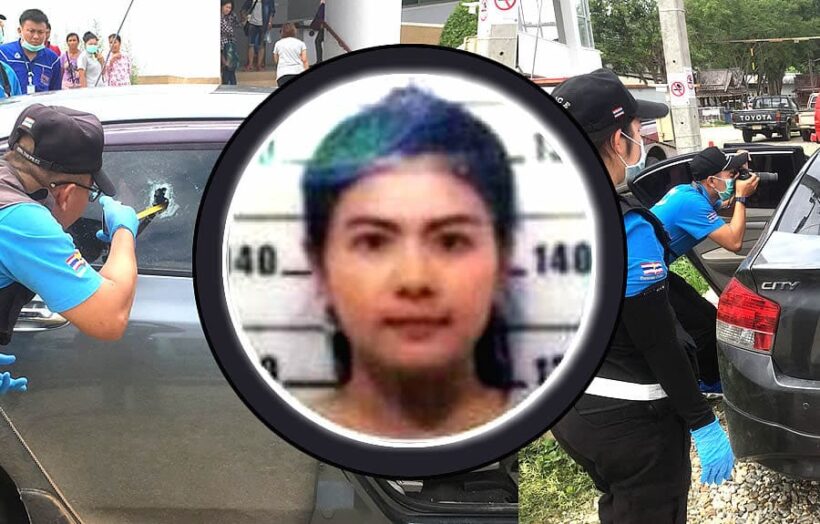 A 27 year old Thai woman, Sawitree Phromwong, was allegedly murdered last week by a scorned ex lover after he confronted the woman and her new boyfriend at the Pa Sak market in Chaing Rai. She was sitting in the back of a car when shot. The man then jumped back into his car, along with the shotgun he used to kill his former girlfriend, and fled the scene.

The incident follows weeks of online media exchanges on social media between the pair, according to police. Last Thursday Thai police sought an arrest warrant for the Chiang Mai man living in the province over the murder of his ex girlfriend while she visited a popular market with her new lover.

Chiang Rai police report that the woman had been engaged in an online spat with her ex boyfriend, identified by police as 31 year old Ek Udom. The man was already known to Chiang Rai police and had an extensive criminal history.

The woman’s new boyfriend was waiting for police with the injured Sawitree. Emergency services tended to the woman but she died on the way to hospital as a result of head injuries. He briefed police on the background to the incident, the social media messaging and the events that had led to the fatal shooting.