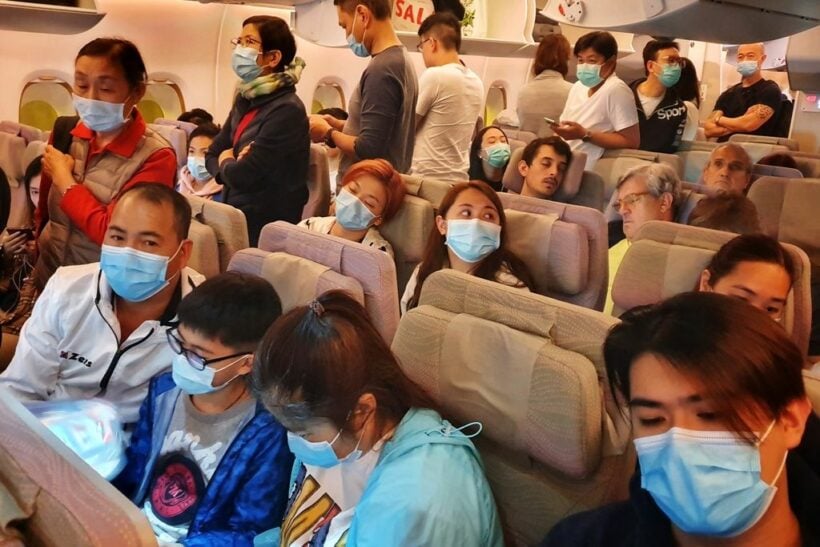 Beginning yesterday, all airline passenger arrivals from China, regardless of their point of origin, are being screened for the Wuhan Coronavirus when entering Thailand. Health officials announced the measure after six more Chinese visitors were diagnosed with the virus, bringing the total in Thailand to 14 cases.

Five of Thailand’s new cases, aged between six and 70, come from China’s Hubei province. According to Reuters, they belong to the same family. The sixth is from Chongqing in southwestern China. 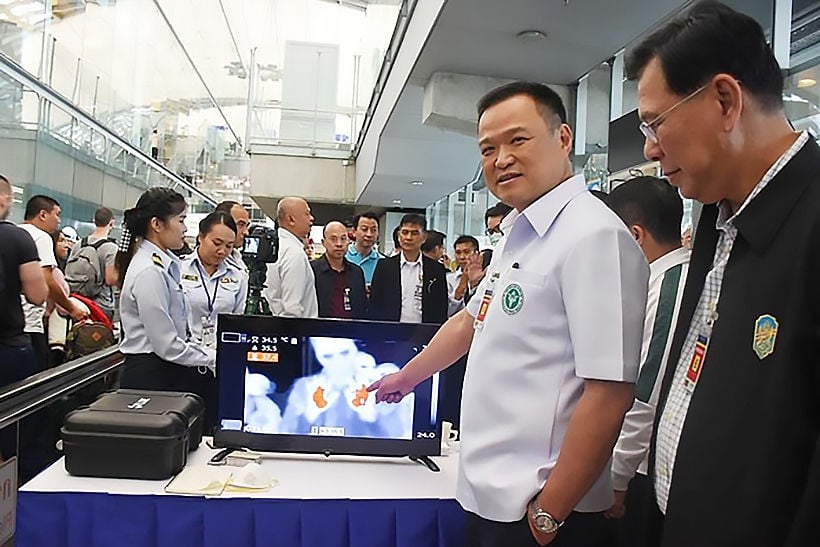 “Now we will expand screening to all Chinese from China and prepare equipment to screen 100% of people for the virus.”

Thailand had earlier screened passengers only from China’s central city of Wuhan, the epicentre of the virus outbreak, but flights from that city and nine others in the province have been discontinued while the cities remain on lockdown. Passengers from the southern city of Guangzhou, bordering Hong Kong, and the northeastern city Changchun are being screened across five Thai airports, including Suvarnabhumi in Bangkok to those at Chiang Mai, Don Mueng, Phuket and Krabi.

The Tourism Authority of Thailand (TAT) says it expects the number of Chinese tourists to fall by at least 2 million to less than 9 million this year, due to the outbreak. But the eventual fallout on the Thai tourism industry remains as unpredictable today as the spread of the virus.

Tourism has been hit hard by China’s ban on group tours, as China is Thailand’s biggest source of visitors, by far. Reduced travel from China could result in 50 billion baht (1.52 billion US dollars) of lost tourism revenue, the ministry estimates. TAT governor Yuthasak Supasorn says the agency will propose measures to help the industry.

Thai hotels are preparing for another slump in bookings as Chinese packaged tours make up 60% of all Chinese visitors to Thailand. 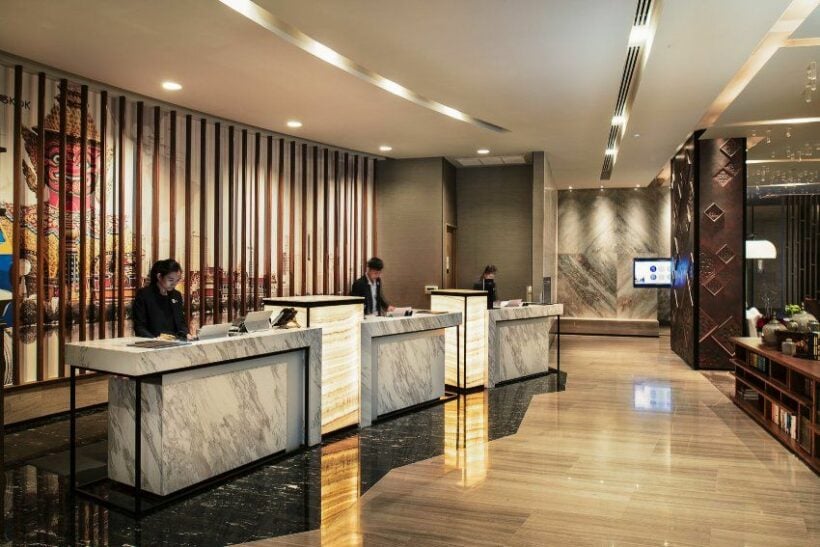 Another collapse in travellers may come from the meetings, incentives, conferences and also events (MICE) sector, which draws a large portion of its revenue from overseas participants. The president of the Thai Hotels Association (THA), said that before the outbreak, Thailand’s hotels averaged 50% occupancy, of which Chinese guests comprised as much as half, as the peak season for this market got under way. The THA expects advance bookings for February to plunge 30% as the health emergency’s impact spreads to independent travellers and MICE groups.

“The impact was felt across the country, as Chinese guests are the main source market for most hotels. Usually occupancy in February is strengthened by incentive groups. However this market is uncertain too.”

The THA expects the setback to last at least three months, the Bangkok Post reports. A source from the Thailand Convention and Exhibition Bureau said the agency is awaiting confirmation from three incentive groups from China totaling 5,500 travellers, who may yet cancel trips. 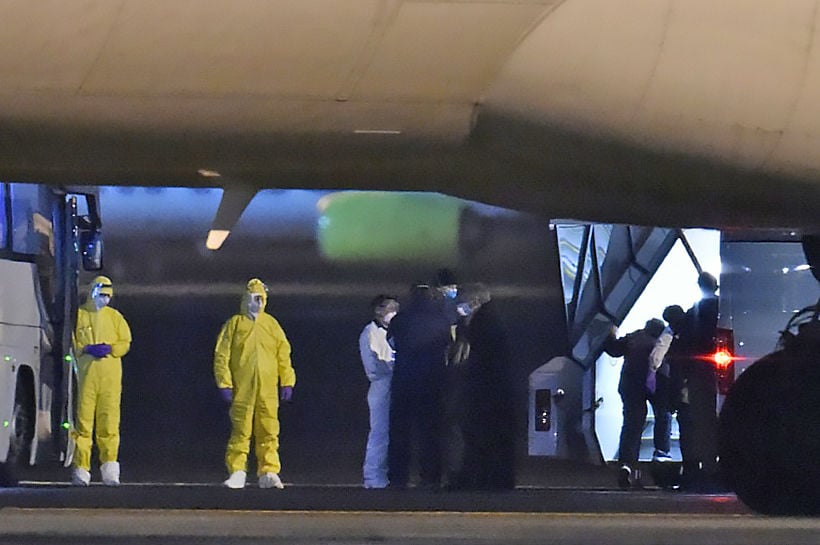 PHOTO: US passengers board a plane at Tokyo's Haneda Airport to fly home after they left the quarantined Diamond Princess cruise ship off Yokohama - AFP

Some US citizens from the cruise ship Diamond Princess, currently quarantined off the coast of Japan, have been evacuated and flown home, where they face a further 14 day quarantine. Other nations are preparing to follow suit as global concern grows over the spread of the COVID-19 coronavirus, and the death toll at its epicentre in China topped 1,700. More than 70,500 in China have been infected by the flu-like disease, which has sparked panic buying and jitters over the global economic impact.

The Diamond Princess represents the biggest cluster of infections outside of China. Cases have climbed to 355, despite passengers being confined to their cabins. Governments are scrambling to repatriate their citizens amid growing criticism of Japan’s handling of the crisis, with Canada, Australia, Italy, Israel and Hong Kong all poised to evacuate their citizens.

This morning, a convoy of buses driven by people in protective suits removed American passengers from the ship after a makeshift passport control. There were no health checks at that point, said one US passenger, a 52 year old medical social worker, who complained that the US government “should have acted much sooner, at the beginning.”

“I am happy and ready to go. We need a proper quarantine. This was not it.”

The US embassy in Japan has confirmed two jets had left Japan en route to the US. Those on board expected to undergo a further 14-day quarantine period on US soil.

But some Americans on the ship declined to go. An American lawyer on the ship with his wife tweeted:

“My health is fine. And my two-week quarantine is almost over. Why would I want to be put on a bus and a plane with other people they think may be infected when I have spent nearly two weeks isolated from those people?”

He described a fellow American standing on her balcony chanting “USA, USA” as buses arrived to collect them.

“Of course, in contravention of the rules of quarantine, she’s not wearing a face mask, and she’s talking with a passenger on the adjacent balcony… And you wanted me to get on a bus with her?”

Forty US passengers tested positive for the virus and were rushed to hospitals in Japan, according to Anthony Fauci, a senior official at the National Institutes for Health. It isn’t clear if they were already counted among the 355 known cases on the ship.

Chinese authorities have placed about 56 million people in Hubei province and its capital Wuhan under quarantine, virtually sealing off the province from the rest of the country and the world in an unprecedented effort to contain the virus. New cases outside the central province have been steadily declining for the last thirteen days. There were 115 fresh cases outside the central province — sharply down from nearly 450 a week ago.

Chinese authorities are quick to point to the slowing rise as proof their measures to stem the spread are working, even as the death toll climbed to 1,770.

But World Health Organization head Tedros Adhanom Ghebreyesus has warned it is “impossible to predict which direction this epidemic will take.” 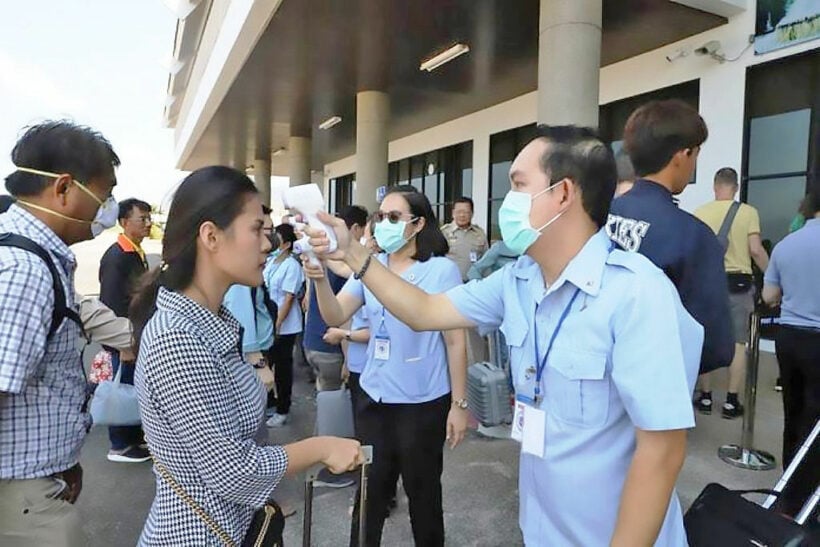 Thailand has a new case of the COVID-19 coronavirus, bringing the total in the country to 35 since January, the Ministry of Public Health’s permanent secretary announced at a press conference today. The new case is a 60 year old Chinese woman whose relatives earlier contracted the virus.

Of Thailand’s 35 confirmed cases since January, 15 have recovered and return home. Over 1,700 people in China have died from the virus but Thailand has had no fatalities so far.

If you believe you may have been exposed to the COVID-19 coronavirus, the Tourism Authority of Thailand (TAT) would like to inform locals and tourists alike that an online self-screening for has been launched.

The questionnaire is available in Thai, Chinese and English, and can be accessed online at http://sescimande.net/Self-Screening.

On completion of the questionnaire, the user is classified as either “no risk,” “medium risk” or “high risk.” A recommended course of action is provided for each category.

TAT urges users to provide the most accurate and truthful medical statement to assist Thai health authorities to treat and prevent the spreading of the disease effectively. Do not provide fake or incorrect information, as it may cause widespread panic. Individuals spreading fake information can be found guilty under Thailand’s Computer Crime Act of 2017. Also, people should check any news before sharing and not believe information that appears in unreliable sources.

To protect themselves from the disease, the general public as well as local and international tourists are advised to comply with the Ministry of Public Health’s recommendation by eating cooked food, using a serving spoon, washing hands, wearing a mask when visiting crowded places, and not touching their eyes, nose and mouth. 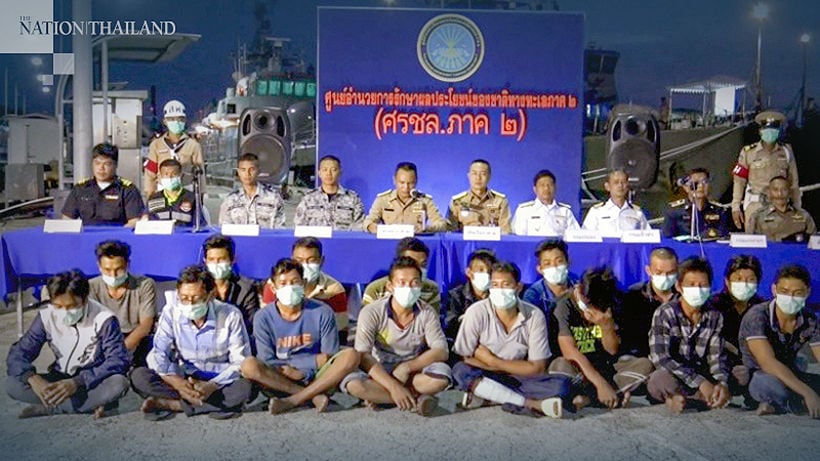 General Motors pulling out of Thailand