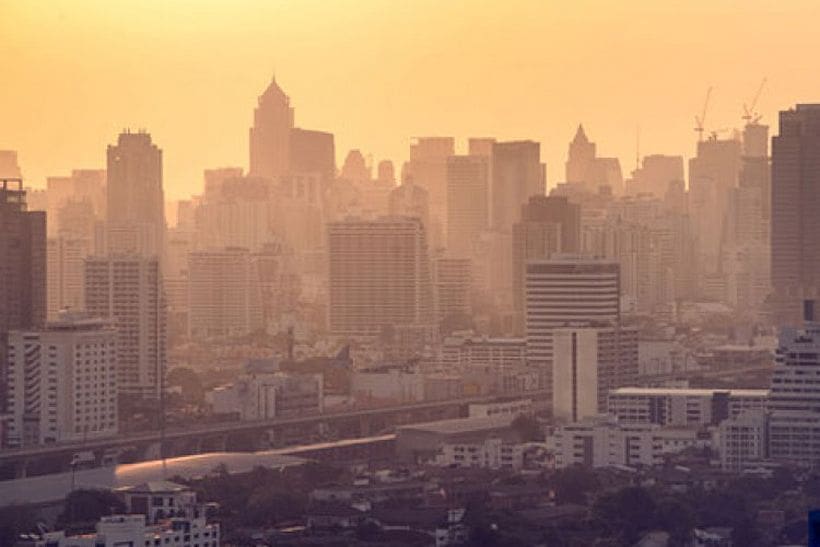 Smog, smoke and haze problems have returned to the capital and its neighboring provinces. Nine areas were found to contain levels exceeding the 50-micron safety level yesterday.

The department pleaded for cooperation from members of the public by not burning anything in open areas and suspending the use of smoke emitting vehicles.

Several northern provinces, including Chiang Mai, are facing a worsening haze problem, mainly due to man-made forest fires which have sent the level of PM2.5 dust way over the 50-micron level.

Today Bangkok has ‘moderate’ levels of haze, well under the safe limit. Its forecast today shows the winds coming from the south, where the air is a lot clearer than than the north.

The Thaiger will continue to monitor the situation around the country.

Thai arrested for allegedly scamming 3 women out of 212,000 baht 9 years ago