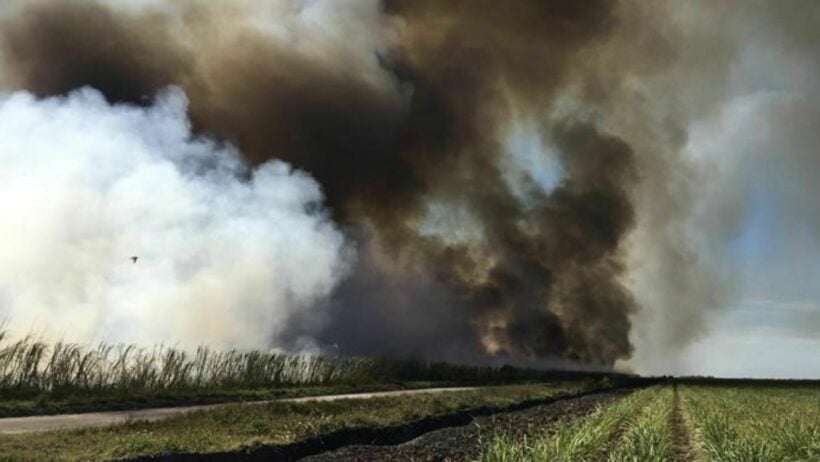 18 provinces in Thailand’s north and northeast are being hit by a wave of smoke and air pollution as the burning season kicks in for the country’s agricultural sector. The next 2 months are the peak of the burning off season for agricultural waste as farmers prepare their land for the next crops of corn, rice and sugar and use the fires to aid the harvest of some of their crops.

With sugar cane plantations, for example, farmers choose to burn the leaves off the plant, exposing the stalks, before harvesting the profit-making stalks, saving time and money. There are mechanical ways to achieve the same result but the farmers, pushed to slender profit margins by the multinational food companies, are unable to invest and amortise the additional costs.

The Pollution Control Department are now openly admitting that the major cause of the seasonal smoke is “open burning by farmers who are preparing their land”, according to the Bangkok Post. On Monday the Deputy PM Prawit Wongsuwan issued orders to prevent farmers from starting the plantation fires. You can check the result of his orders in the fire map below. 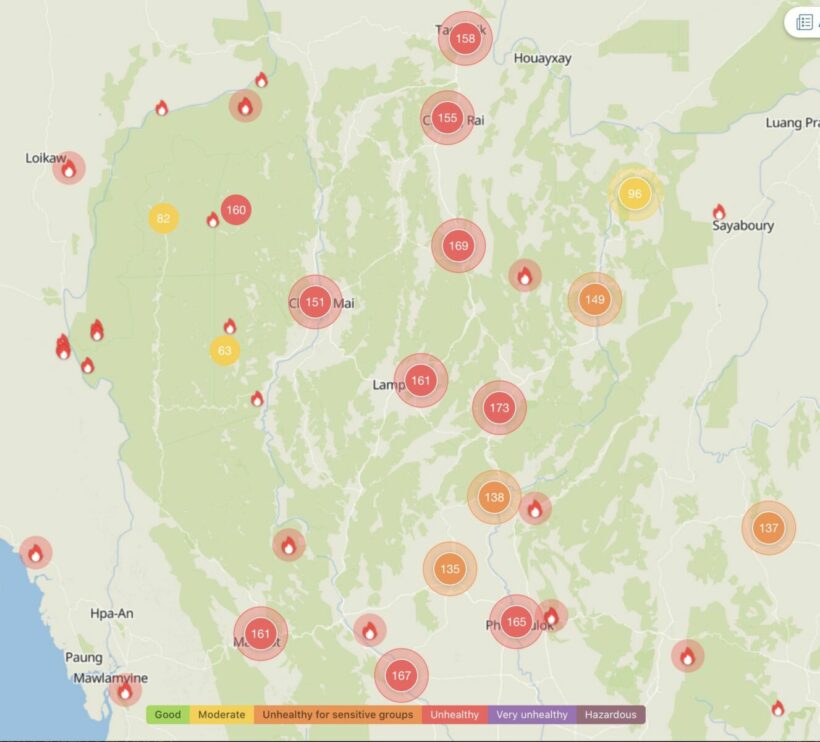 iqair.com measures the average level of PM2.5 dust in the North at between 35-85 micrograms per cubic metre (μg/m³) yesterday, considered “unhealthy”. In the Northeast, the levels ranged between 40-99μg/m³.

The Thai Pollution Control Department considers PM2.5 readings below 50μg/m³ as “safe” but the Thai standard is twice as high as what is considered safe by the World Health Organisation.

firms.modaps, the NASA satellite fire tracking service, shows the number of fires currently alight around Thailand and the concentrations in the north and north east. The fires in northern Cambodia and north east Myanmar are also contributing to the Thailand’s smog and haze, depending on which way the winds are blowing. During this time of the year, the winds are predominantly north east and light across much of Thailand. The firms.modaps feed is live, registering the fires alight at the time the screen capture was taken. 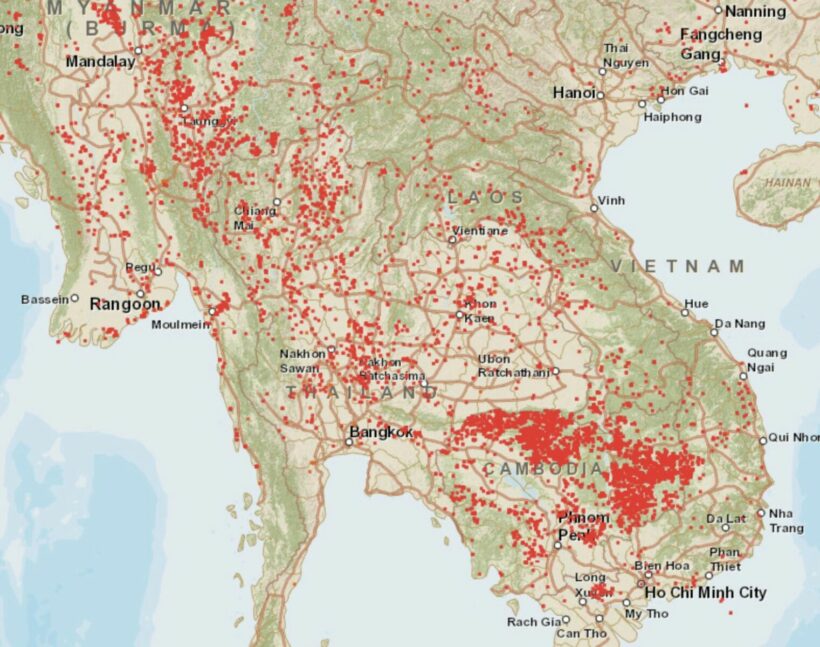 Bangkok starts off Wednesday with relatively better air quality than the past few weeks. 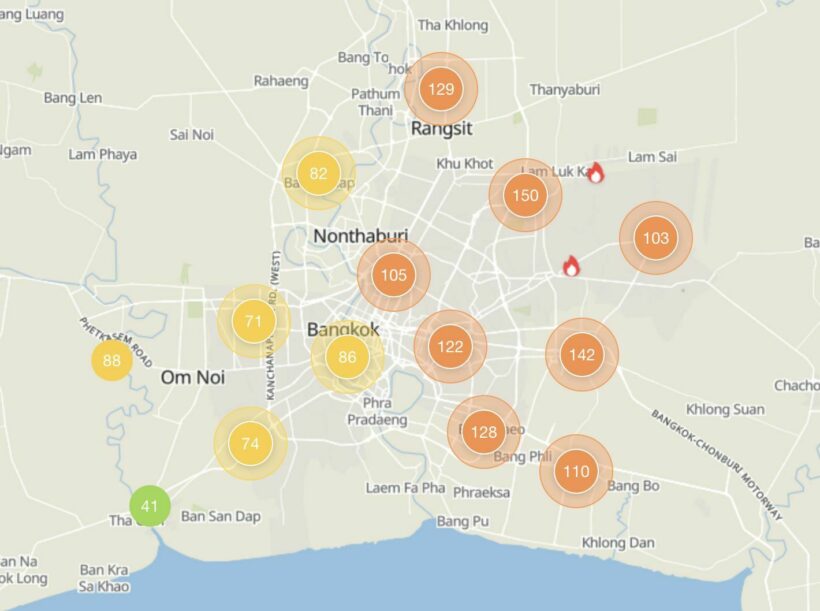