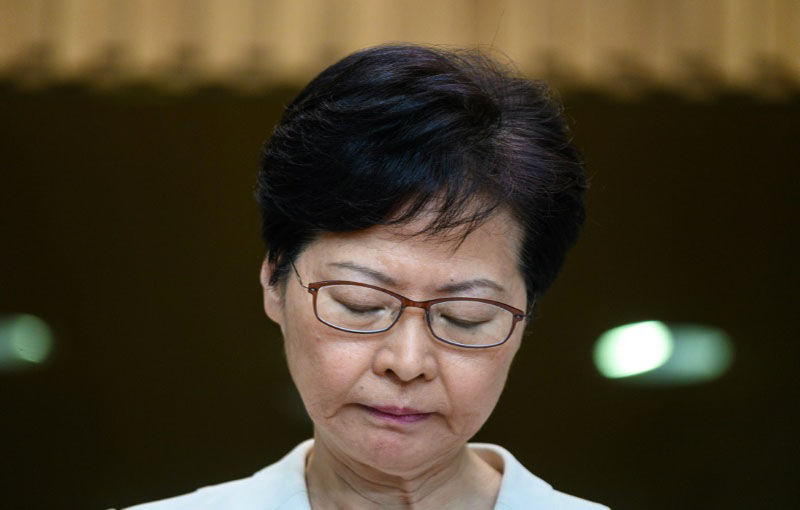 Hong Kong Chief Executive Carrie Lam appeared humble during a meeting where citizens voiced discontent at her ongoing refusal to give in to their demands. The meeting comes after more than three months of often violent anti-government protests in the city.

The protests originally began as a result of a proposed bill that would pave the way for Hong Kong criminals to be extradited to China for trial. That bill has now been withdrawn but not before it sparked months of demonstrations in what is now seen as a wider push-back against the threat of heavy-handed Beijing rule.

As part of the handover agreement between Britain and China prior to the former British colony being returned to Beijing in 1997, Hong Kong was promised semi-autonomy under a “one country, two systems” policy. Hong Kong citizens now fear that guarantee is being slowly reversed.

Thai PBS World reports that Lam had hoped the talks would calm tensions ahead of more protests planned for this weekend, which could mar celebrations for China’s National Day on October 1.

Willy Lam from the Centre for China Studies at Hong Kong’s Chinese University, says the Hong Kong leader appeared to be genuine in her search for a solution, but that good intentions were not enough.

“Carrie Lam showed some sincerity. She sat through more than two hours of humiliation and demonstrated at least willingness to hear radically different views. She has the guts to face opposition but still it’s not good enough. It was a good occasion for people to reduce pent-up anger, but it will not cool down emotions because there was no concrete reconciliatory moves.”

During the talks, the Hong Kong leader accepted responsibility for having caused serious political upheaval with her proposed extradition bill and pledged to do her best to win back the public’s trust.

She stopped short however, of any commitment to consent to the protester’s key demands, which include an investigation into police brutality and the release of those arrested during the demonstrations.

Instead, she appeared to blame the protests on social inequality, promising to address issues such as a lack of affordable housing in Hong Kong.

Lam remained in the building for four hours after the talks had ended, to avoid angry encounters with some protesters waiting outside.