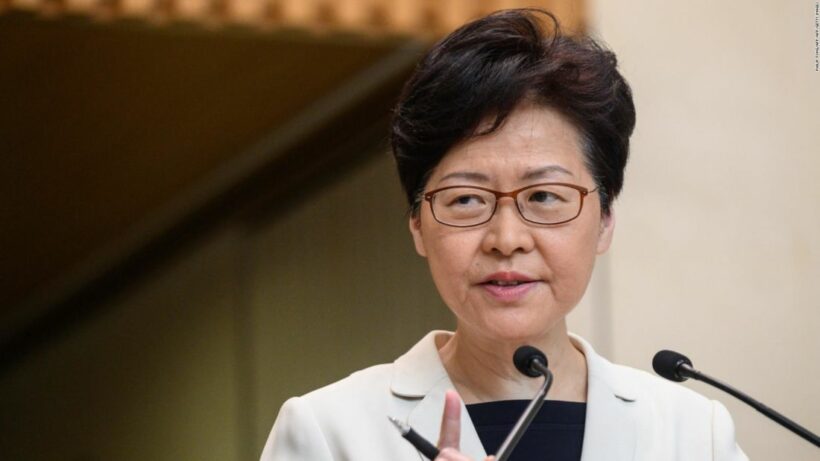 Hong Kong Chief Executive Carrie Lam insists that the withdrawal of a controversial extradition bill was her decision, not Beijing’s. The bill was the spark that ignited months of protests in the territory, with clashes between activists and police frequently turning violent.

Lam says that while the decision to withdraw the bill is hers, she has Beijing’s full support, and denies that her decision is a U-turn.

“It is not exactly correct to describe this as a change of mind. As far as the substance is concerned, there is simply no plan to take forward the bill. The decision is one of Hong Kong’s government. Throughout the whole process, the central people’s government took the position that they understood why we have to do it. They respect my view, and they support me all the way.”

However, the withdrawal of the bill is only one of five concessions being demanded by protesters, who say they will not back down until the government agrees to them all. Other demands include an investigation into police brutality during the protests, the release of detained activists, and direct elections of Hong Kong’s leader.

Lam insists the government cannot grant the other requests, claiming the police watchdog is an impartial body, best equipped to investigate police misconduct. She adds that releasing detainees without charging them would be unacceptable.

Hong Kong’s leader says she hopes dialogue will help both sides find a way out of the current standoff, but demonstrators are still protesting in the streets, shouting, “five key demands, not one less”, with the withdrawal of the bill being slammed as, “too little, too late”.

A drop in Thai visitors to Hong Kong as protests continue