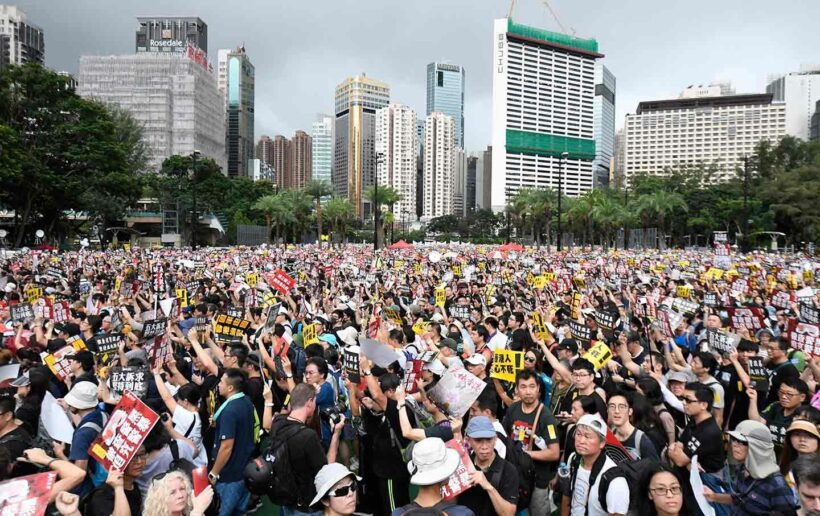 As the protests that have brought Hong Kong to a standstill show no signs of ending, demonstrators are employing new tactics in an attempt to overcome the police.

AFP reports that flash-mobs are springing up across different parts of the city since Monday, as 7½ million people attempt to create as much chaos as possible. Shops continue to be ransacked, pro-Beijing businesses vandalised, and public transport severely disrupted.

Anonymous messages on social media provide direction to protesters, such as the one that appeared Wednesday on an internet message board used by pro-democracy activists.

“We must blossom everywhere to divert the police force.”

The police for their part, are employing new ways to put an end to demonstrations and rallies but are being accused of violence and heavy-handedness in their approach.

To fight police efforts, protesters are attempting to create chaos and confusion by blocking traffic in one part of the city, then quickly disappearing and re-emerging in another, a tactic they’re calling, “be water”, after the philosophy of one of Hong Kong’s most famous sons, martial arts star Bruce Lee.

It’s a tactic that has brought the subway system to a halt however, as authorities attempt to prevent activists using it to quickly travel from one protest hot-spot to another. The closure of the transport system has resulted in protesters vandalising the trains.

“Blossom everywhere”, the tactic referred to in Wednesday’s online instruction, involves creating as many diversions in as many different parts of the city as possible, in efforts to overwhelm police.

As part of this, posts on social media ask that people gather in small numbers in their own local areas, without having to move far or rely on public transport.

“Do not go to other districts. Firstly, not familiar. Secondly, no transport.”

Another indication that things are moving up a notch is the fact that since Monday, protests are no longer confined to weekends and evenings, with the “blossom everywhere” disruption taking place three days in a row this week.

On Tuesday, a police spokesperson was quoted as saying Hong Kong was “on the brink of total collapse.”