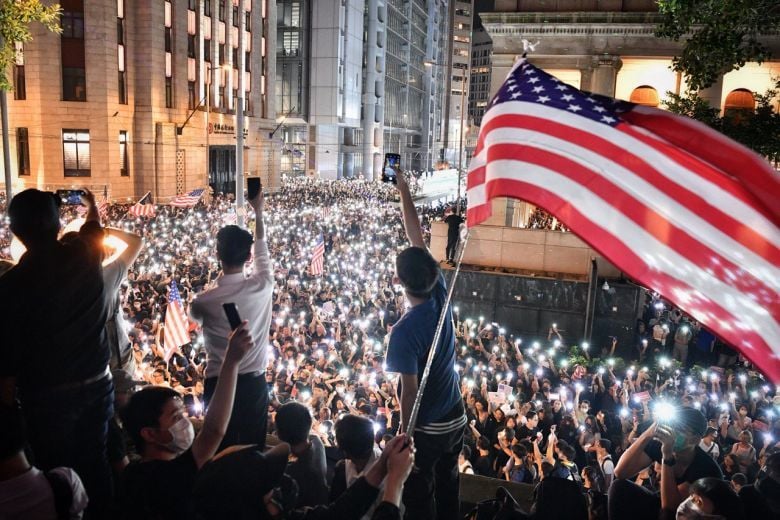 Last night, Chater Garden, located near government headquarters in the Central district of Hong Kong, was the scene of the city’s first approved rally since the face mask ban came into being about 10 days ago. So far, the face mask ban has been largely ineffectual.

A day after an explosive device was detonated during protests, tens of thousands of demonstrators assembled in the park. They were calling on Washington to approve proposed US legislation that could see some Chinese officials face sanctions.

The Hong Kong Human Rights and Democracy Act aims to review the territory’s special trading status and sanction those responsible for undermining the rights of Hong Kong citizens. It passed through the Senate Foreign Relations Committee and the House Foreign Affairs Committee late last month.

The Chinese Government has responded angrily, accusing the US of “interfering in China’s internal affairs” with the aim of harming its interests, and says the law will only serve to worsen the situation in Hong Kong.

Hong Kong has been the scene of often violent pro-democracy protests for over four months now, as its citizens call for greater democracy and less interference from Beijing.