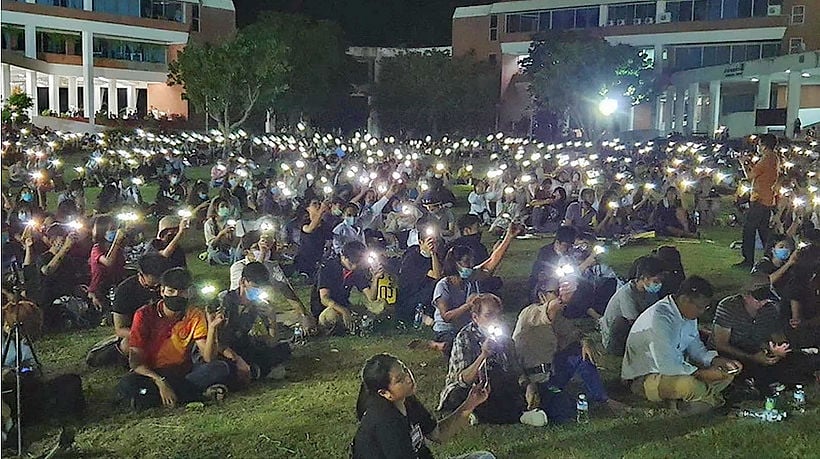 Students held protests yesterday on campuses across Isaan, Thailand’s northeastern region, demanding that the government dissolve parliament, rewrite the constitution to be more democratic, and stop official and unofficial harassment and prosecution of its opponents. The demands echoed their Bangkok counterparts in last Saturday’s massive demonstration, demanding accountability and the end of military involvement in politics.

Thousands of student protesters turned up to the demonstrations which featured anti-government speeches, songs, and chants. But the students also used the occasion for celebrations of liberty, youth and the future.

“We are here to oppose the government, this is true, but we are also here to show the world that the youth of the Isaan region is awake. We are having fun and enjoying meeting friends who share our concerns and our views.”

More rallies are planned across the country in the coming weeks as the students hope to increase pressure on the government of PM Prayut Chan-o-cha.

Parliament voted yesterday to create an investigative committee to explore the demands of the student protesters and ways to build dialogue between the government and the students. The opposition voted against the motion, saying a committee will be laborious and slow in establishing dialogue and called on the government to talk to the students directly including hearing their demands in the lower house.

The government has not yet commented on the demands directly, although the PM  told reporters that he was aware of the protests without elaborating.

The National Security Council said on Wednesday that it will not use the recently extended State of Emergency act to press charges against protesters after activists and legal groups raised concerns that it could be used to harass and arrest dissidents.

The SOE was extended through August this week by the Cabinet, who argue that the Emergency Decree is still needed to ensure Covid-19 doesn’t return. Thailand has gone more than 60 days without a locally transmitted case.

“We will not use orders within Section 9 of the emergency decree to ban demonstrations… it will no longer be included in this extension. This is being done to show that the SOE is being used solely to prevent an outbreak.” 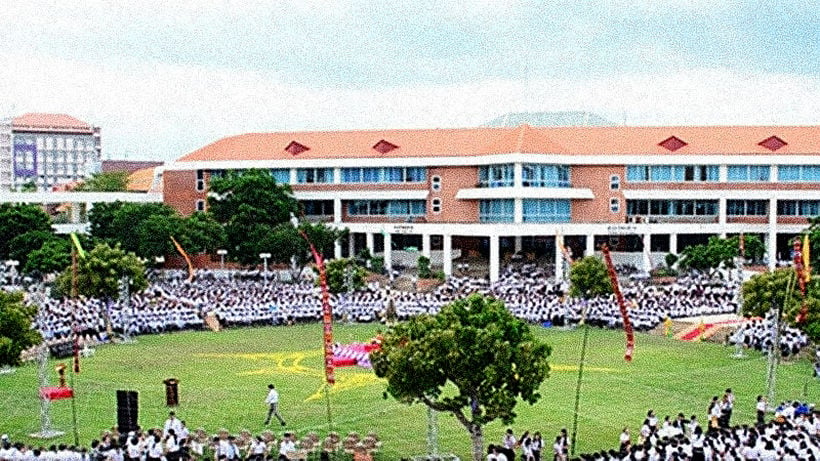 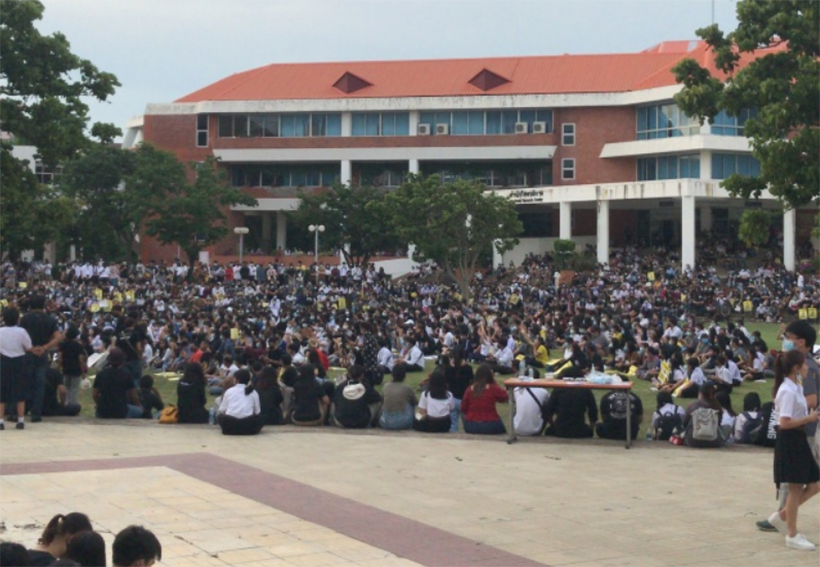