France has shown its support for Thailand’s fight against Covid-19 by donating over three million doses of Pfizer vaccines to the Kingdom of Thailand. The donation will be well-received by Thai people as surveys reveal that Thais have more confidence in the effectiveness of the U.S.-produced Pfizer vaccine than they do in Thai vaccines. The French ambassador Thierry Mathou officially presented the donation to Thailand’s Prime Minister Prayut Chan-o-cha yesterday, April 4.

Relations between France and Thailand are especially amicable since Thai foreign ministers signed the “Roadmap for Thai-French Relations 2022-24” in February in Paris to enhance bilateral relations and strategic partnership between the two countries.

PM Prayut expressed his appreciation to the government of France for the donation and affirmed that Thailand will make good use of the vaccines to speed up the inoculation process in accordance with Thailand’s plan to classify Covid-19 as an endemic disease by mid-2022.

The handover of vaccines is an example of Thailand and France’s close and long-lasting ties. France is Thailand’s partner for cooperation in various areas of mutual interest, especially in public health, according to the Ministry of Foreign Affairs.

The Prime Minister has ordered relevant agencies to accelerate the rollout of booster shots for the elderly and other high-risk groups prior to the upcoming Songkran holidays. Songkran is a time when many Thais will travel to see their families and the holiday is expected to cause another spike in Covid-19 cases in the kingdom. 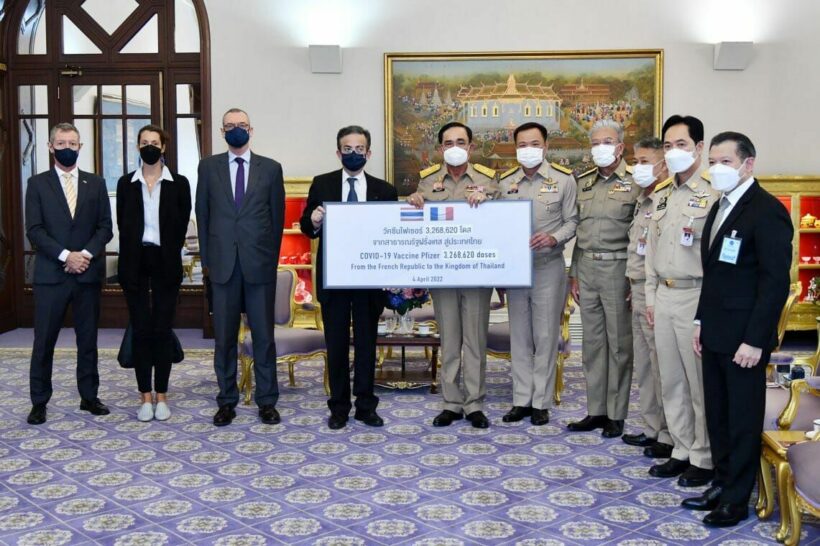 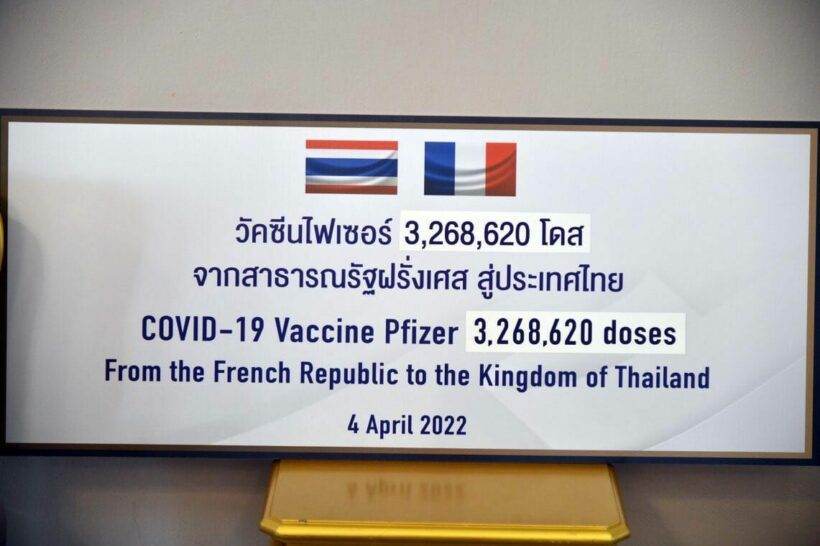 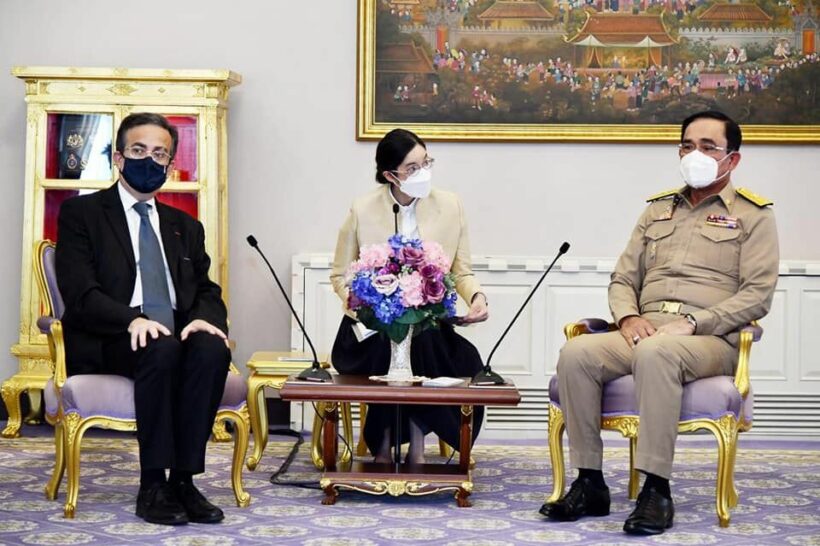