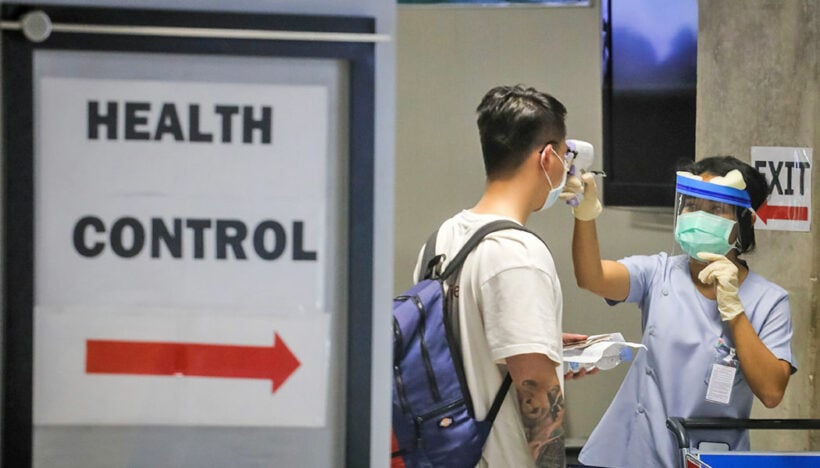 Those ignoring the PM’s request to travel only for essential reasons and heading to their home in the provinces for the long weekend may be in for a shock. The Interior Ministry has issued an order for people returning to the provinces to be quarantined for 14 days. The order, signed by Permanent Secretary for the Interior, is to prevent the spread of Covid-19 transmission, comes in the wake of an exodus of people making trips upcountry for the long-weekend, mainly from Bangkok.

The Centre for Covid-19 Situation Administration proposed the holidays – Labour Day on Friday, Coronation Day tomorrow and Visakha Bucha Day on Wednesday – be cancelled to discourage people from travelling, but this proposal was shot down by the Cabinet.

The CCSA yesterday said nearly a million people, many currently out of work due to the pandemic, travelled on Friday alone, which marked the start of the long weekend.

Thousands of people attempted to leave the southern province of Phuket on Friday and head home to other provinces, creating traffic chaos and prompting the closure of the road and the island’s only departure point. The island, which has the highest infection rate per capita and the second highest actual numbers after Bangkok, has recorded 220 coronavirus infections with 2 deaths as of this morning.

An expert at the Chulalongkorn University’s Faculty of Medicine says the loosening of lockdown measures and restrictions that triggered an exodus of travellers over the past few days is likely to increase new infections. Similarly, the deputy chief of the Department of Disease Control said yesterday that new infections appear to have been limited, but warned there remains a risk of the numbers increasing again.

“We need to put up a strong guard and keep it up.”