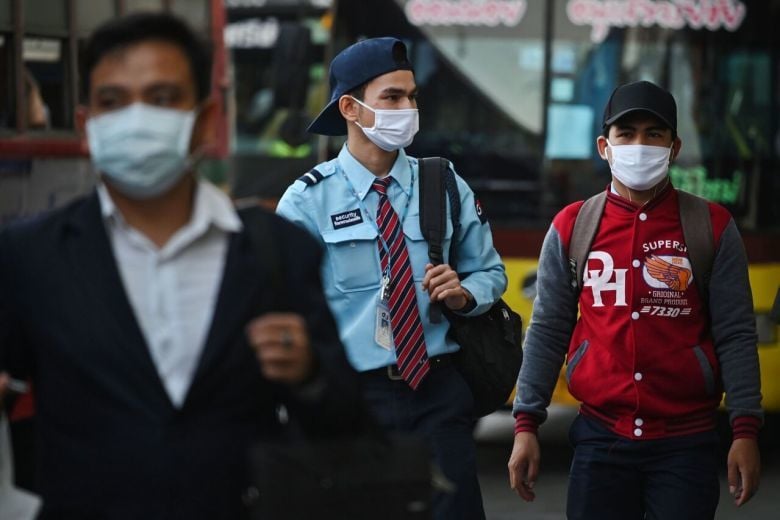 Thailand today confirmed 50 new cases of the Covid-19 coronavirus, bringing the total to 322 since the virus first arrived in the Kingdom in January. Suwannachai Watthaningcharoenchai, director-general of the Department of Disease Control, made the announcement at today’s press briefing by the Ministry of Public Health. 278 patients remain hospitalised, 43 have returned home, and there has been one death from complications related to the disease.

The 50 new patients include…
• 18 who visited the Lumphini Stadium in Bangkok, including spectators, boxing officials and administrators
• 5 who contracted the virus at bars and entertainment venues
• 12 people, including a 6 month old child, who had contact with previous patients
• 6 who attended religious ceremonies in the southern provinces of Pattani and Songkhla
• 9 patients returning from abroad, including 2 Thais returning from England

The remainder were Burmese who had been working in crowded locations.

Around the world, the total number of cases today (as of 1pm Thai time) has reached 245,913 with a major spike in US cases which has now reached 14,366 cases. 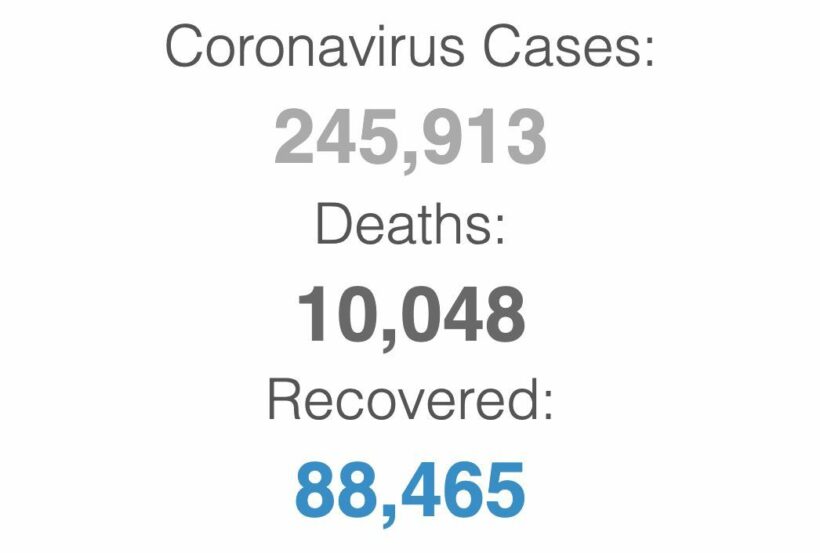 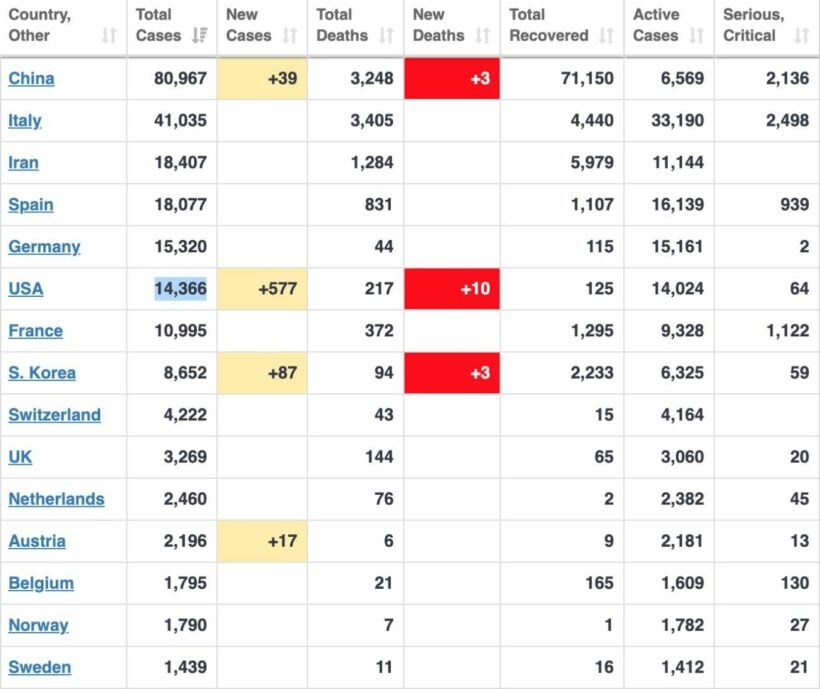