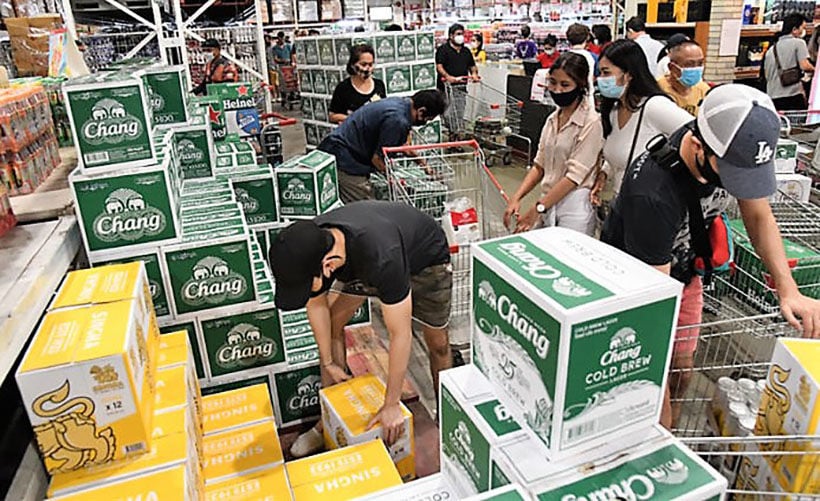 There was a mad dash at supermarkets around Thailand yesterday as drinkers and retailers rushed to replenish their stocks following the lifting of a national alcohol ban imposed to stop the spread of the Covid-19 virus. Shoppers just grabbed entire boxes, or multiple boxes, paid and marched happily out the door.

The Bangkok Post reports that people all over the country, excepting the mentioned provinces, rushed to bulk buy beer, whiskey and wine, waiting for the moment the doors opened so they could legally purchase booze again. While it is now possible to purchase alcohol at stores, it can only be consumed at home, with recently re-opened restaurants barred from selling alcohol for consumption on their premises at this stage.

There were long queues reported at shops as boxes of beer were bought in bulk, with many shop owners taken aback by the sudden surge in demand.

“The shop has to urgently get more beer and whiskey as we are running out of stock.”

Although the order to lift the alcohol ban was signed by PM Prayut Chan-o-cha and published in the Royal Gazette, provincial governors may exercise their discretion in whether or not to lift the ban in their areas. 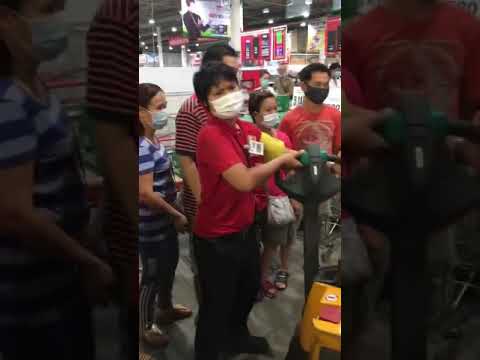