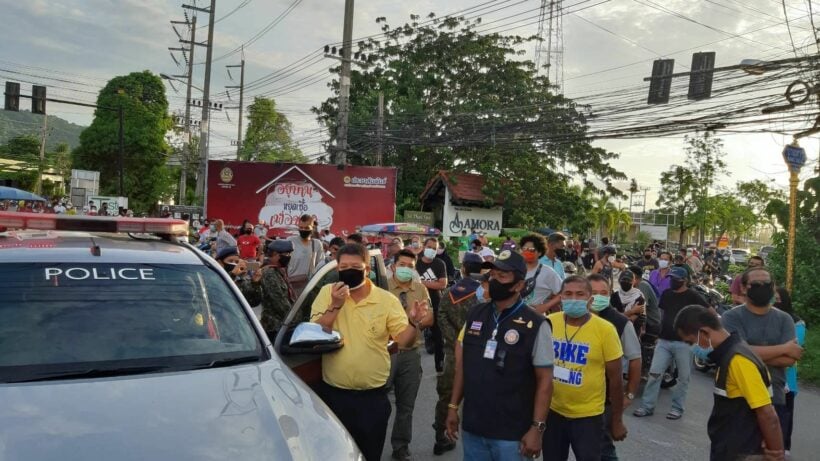 Angry villagers gathered in The Bang Tao subdistrict of the southern province of Phuket today to protest continued travel restrictions on their tambon and demand the right to travel more freely, like much of the rest of Phuket. The Muslim-majority beachside community of Bang Tao has become the island’s hotzone for Covid-19 infections since the closure of the Patong municipality and its Bangla Road walking street.

The Bang Tao area in particular has seen the vast majority of new infections in recent weeks, and half of Thailand’s 6 new cases today were reported from the Bang Tao community. On Thursday, Phuket’s outgoing governor Phakaphong Tavipatana issued a special order announcing that the ‘Tambon Lockdown’ would end at midnight, “but 5 key areas of concern were to remain under ‘lockdown’ conditions, including two villages in Bang Tao”.

Villagers gathered in front of the tambon’s Tesco Lotus store on M.474 Srisutthon Road Road and mobbed the checkpoint, shouting and demanding travel restrictions and checkpoints be removed. Many said they’re unable to go to work in neighbouring subdistricts because of the lockdown. 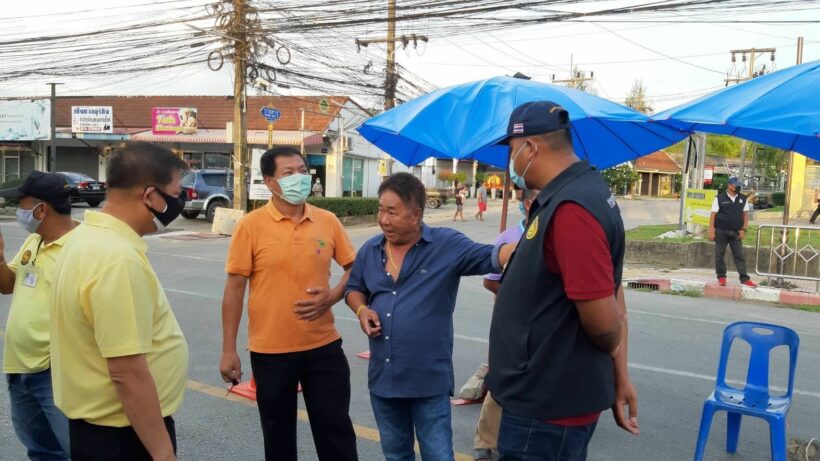 The Mayor of the Thalang sub-district, Cherngtalay’s chief of police and numerous village headmen and elders were called in to resolve the issue and heard from villagers that the officers managing the checkpoints are being too strict. They requested personnel familiar with the area and local people and customs, and who could show some flexibility in allowing travel.

After listening to the authorities and their own village elders, the gathering dispersed peaceably at around 6:30 pm.

Video can of the event can be seen be seen HERE.