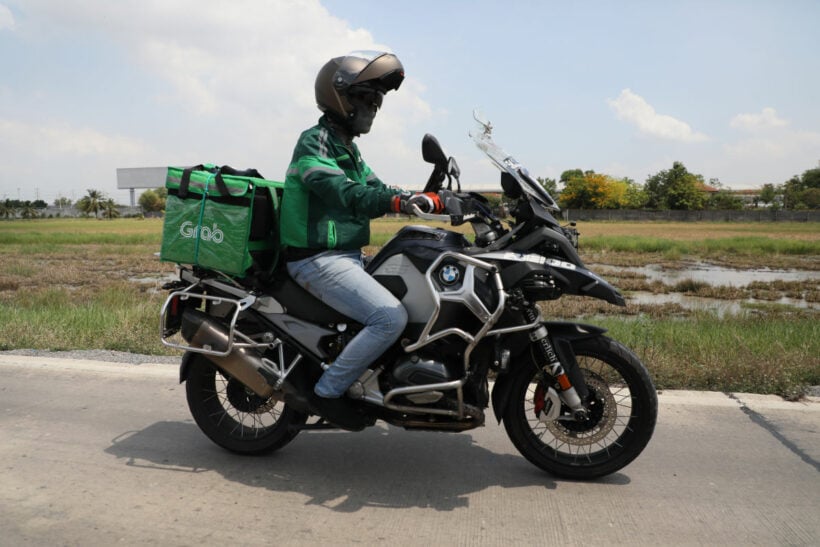 Airlines in Thailand are facing hardship to survive during the ‘Great Disruption’ of the Covid-19 pandemic. Border closures, travel restrictions and airline groundings have led to many staff and pilots ending up on the patient waiting queue or, for some, the unemployment queue.

But another industry, the food delivery business, is booming at the moment. So when opportunity meets demand, there’s always a good outcome.

The ‘Nation Thailand‘ reports about a pilot who has had to hang up his wings but has put on a motorbike helmet instead. Airline pilot Thanun Khantatatbumroong has decided to start delivering food after his airline suspended him cutting off most of his usual income.

For more than a month now Thanun has worked with ‘Grab Food’. Not only is he delivering people food, he’s doing it in style and been using his BMW R1200 GSA motorbike to transport food and beverages. (When I get my pizza delivered I want it delivered by a BMW R1200, not some scabby 10 year old Honda Click!)

Captain Thanun has also joined with other aircraft crew to create their own delivery network, which is pulling in revenue of more than 1,000 baht a day.

“The airlines will open domestic and main routes in the near future, however normal international flight services will not resume until the Covid-19 crisis is resolved.” 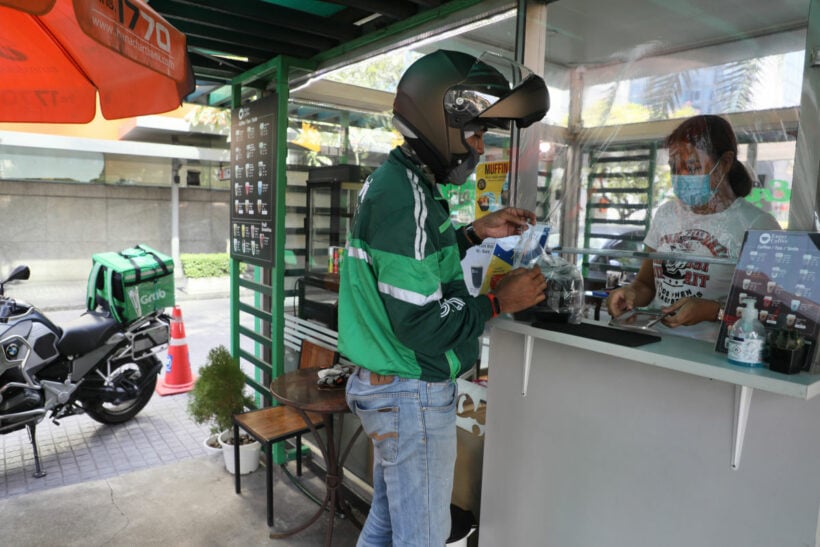 Bangkok to cut checkpoints from 89 to 52