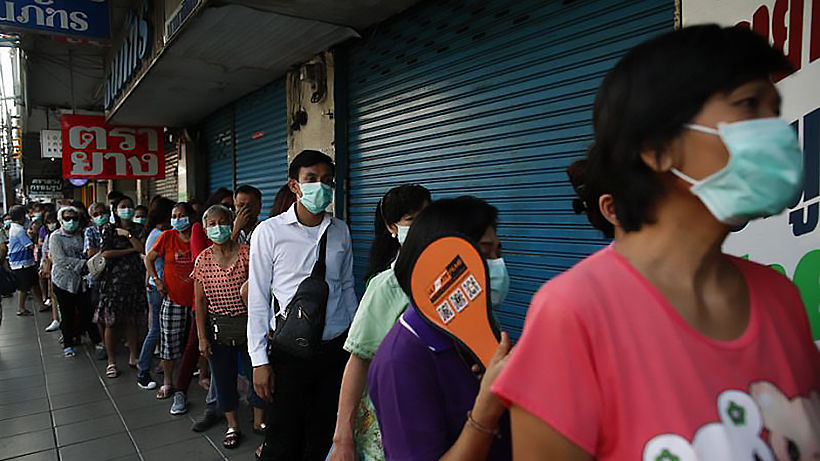 A spokesman of the Centre for Covid-19 Situation Administration today announced just 6 new confirmed cases of Covid-19, the lowest in over a month, and no deaths in the previous 24 hours. The total number of cases since the beginning of the outbreak thus rose to 2,960. Deaths remain at 54 for the third consecutive day.

CCSA Spokesman Dr Taweesilp Visanuyothin says of the new cases, 5 were found during proactive testing in the southern Yala province and 1 got infected at a Bangkok market.

Meanwhile, 32 more people have fully recovered and returned home, taking the total of patients under medical care below 200 for the first time in months. Thailand’s recovery rate is now is 92% 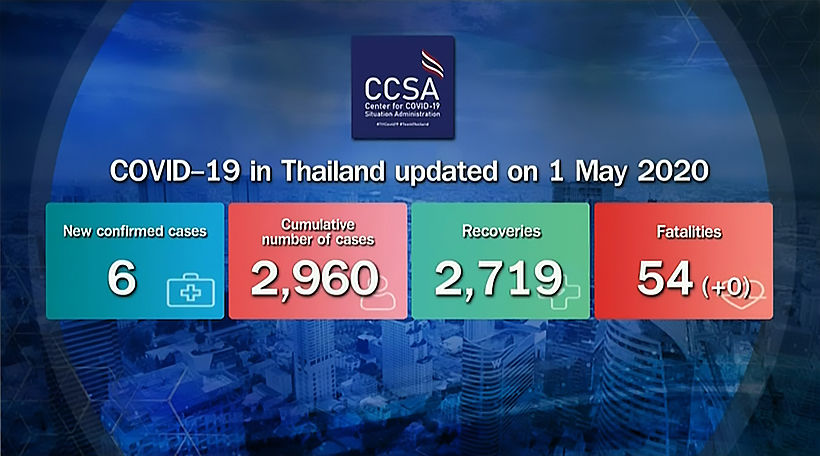 More than 400 Thais will return home from different countries over the next two days. Today, 165 will return from Singapore and 38 from Nepal, and tomorrow 55 will return from Kazakhstan, 35 from Netherlands and 130 from the United Arab Emirates. Meanwhile, 371 Thai nationals in neighbouring countries registered and 282 returned yesterday: 34 from Myanmar, 10 from Laos, 24 from Cambodia, and 371 from Malaysia, of whom 89 were unregistered. Officials warn that the large numbers of returnees will likely result in higher daily case numbers, as some returnees may be infected.

Taweesin reports that people are undergoing state quarantine in 765 areas. Since April 10, 7,628 people have been placed in state quarantine and another 439 were added yesterday. Of that total, 1,706 have returned home, leaving behind 5,922. Currently, quarantine facilities can accommodate 15,170 people.

With more people travelling, Taweesilp is concerned about the virus spreading. He urges travellers to stay safe by wearing masks, cleaning their hands, and maintaining a safe distance from others.

He urgently asked people to help take care of those at risk of depression and suicide. He said in such cases, people must contact mental health officers or related official for help.

National alcohol ban to be lifted from Sunday, May 3