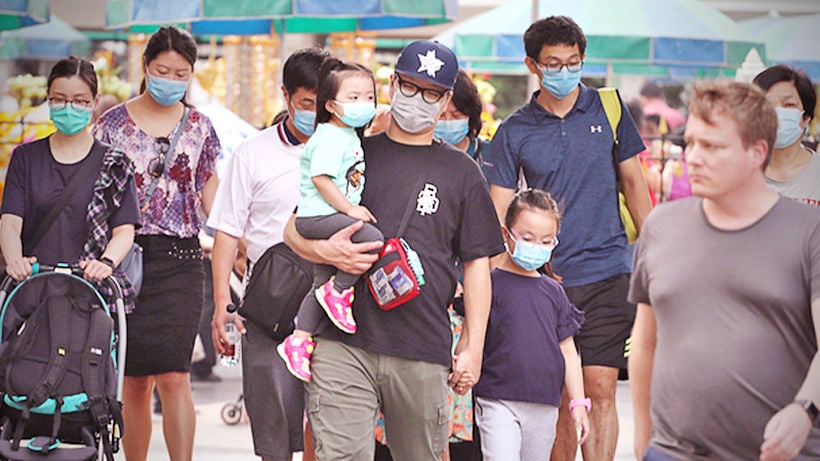 A trillion baht: that’s the estimated damage to Thailand’s national economy, from the COVID-19 pandemic, while business confidence for the first quarter has dropped to 47.2%, the lowest in nearly 2 years. This according to the report by the Centre for Economic and Business Forecasts of the University of Thai Chamber of Commerce.

The centre did a survey of businesses between March 23 and April 17, asking about confidence in the national economy, currently enduring lockdown measures including suspension of visa-on-arrival facility for tourists and a ban on all incoming flights until at least the end of May.

For an economy that derives 12-14% of its gross domestic product from tourism receipts, the impact of the pandemic has been disastrous, putting at least a million workers out of a job in the tourism and hospitality sectors alone. The road back from this point will be fraught with problems placing the Thai economy on a warpath for likely at least the next 2-3 years.

A UTCC spokesman and advisory chairman at the centre said yesterday that, although damage could not yet be thoroughly assessed, harm to the overall Thai economy is estimated at about a trillion baht.

Surong Bulakul, vice president of the Thai Chamber of Commerce, says lockdown measures have deprived many people of part or all of their usual earnings, reducing their purchasing power.

Made worse by increased competition from online vendors, he says that confidence in the state of the national economy has fallen to the lowest level in nearly 2 years.

He suggests that the government speed up the relaxation of restrictions, allowing businesses to reopen so people can return to work and begin to earn income.

The assistant to the vice chairman of CP All, which oversees the operations of all 7-Eleven convenience stores in Thailand, admits that the retail business has been hit hard by people’s reduced purchasing power and the sharp drop in the number of foreign tourists, and says the company is ready to make adjustments in line with the situation and in response to the behavioral changes of consumers.