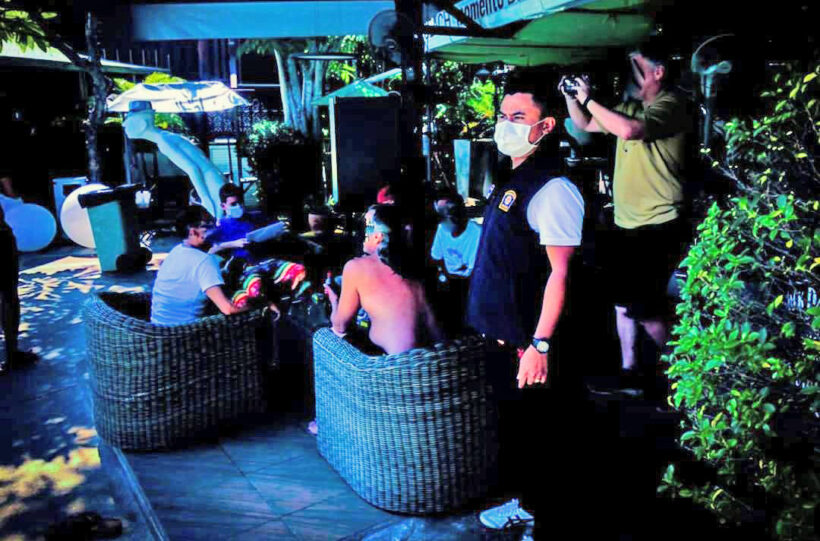 Police in Pattaya yesterday arrested a group, including 13 foreigners, having what they described as a pool party at the Momento Beach Resort in Pattaya. The announcement was made through the police department’s social media channels last night.

The seaside resort town has been under near-total lockdown since April 9, a situation expected to continue until at least April 30. Non-residents with no workplace in the city are banned from entering at this stage.

Acting on a tip, officers raided the resort, long known for its pool parties during better times, and found the foreigners drinking, socialising and gathering contrary to the current terms of the Emergency Decree meant to curb the spread of Covid-19.

Pools and pool areas were also ordered to be closed by Chon Buri’s governor until further notice, making the gathering an additional violation.

Socialising with alcohol (on which there is currently a sales ban) is also against the conditions of the emergency decree, “even in small groups” according to Pattaya police.

Some hotels have been allowed to remain open if they have current guests, but according to police the majority of those arrested were not guests at the hotel and appeared to be just punters drinking and socialising.

Police have not released names at this stage but did stress that those arrested would face significant legal penalties and anyone violating the Emergency Decree by drinking, socialising and partying in groups, however small, would share their fate.

“The management and owners of the resort will be held legally liable as well.” 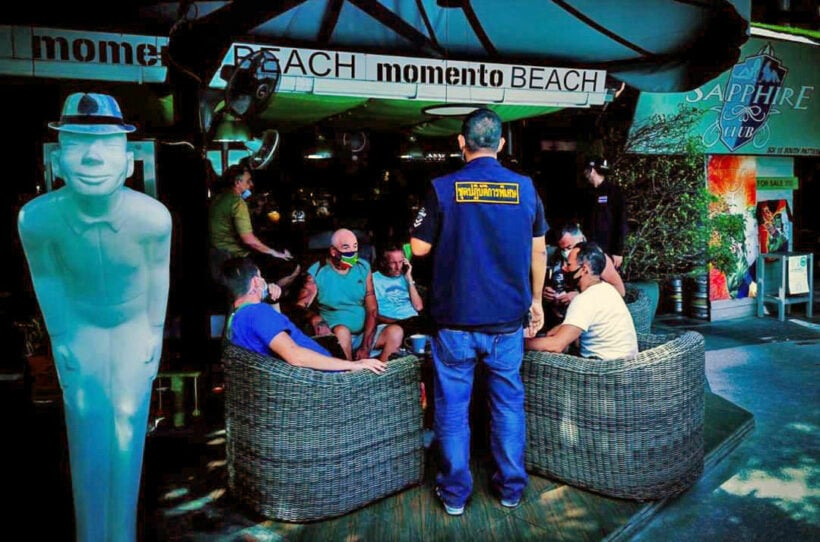