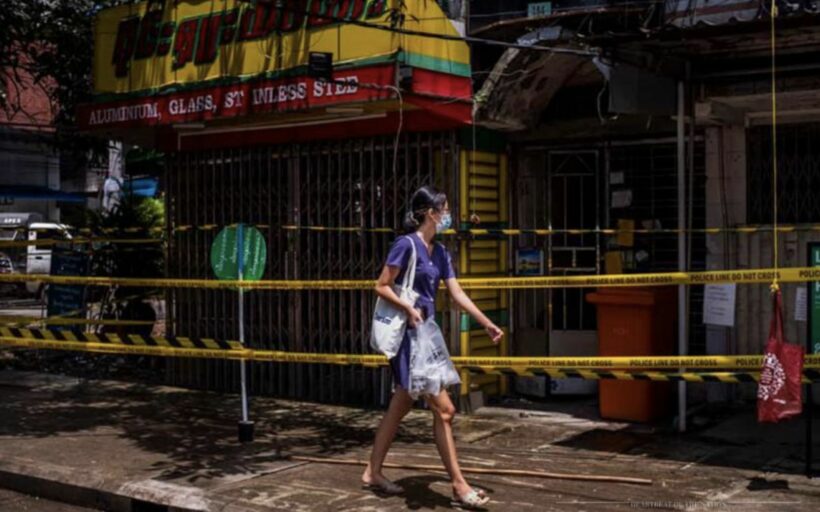 Myanmar is responding to its sudden spike in cases by increasing restrictions and curfews in the largest city Yangon. Burmese health authorities have reported another record daily spike in Covid-19 cases. 261 new infections were reported yesterday taking its overall cases to 2,150. Curbs on entry into Yangon and the Burmese capital Naypyitaw are also now in place. The graph tells the story… 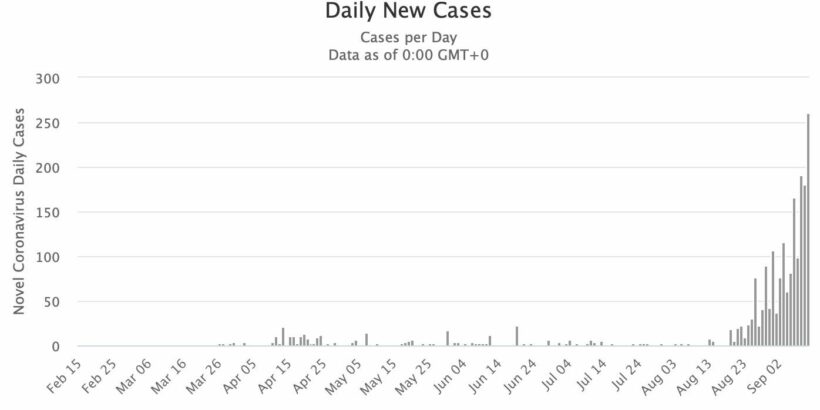 Health authorities are now issuing stay-at-home orders to more than 50% of the greater Yangon city area – some 2.5 million people directly affected by the ramping up of restrictions and lockdowns. Government institutions will remain open in Yangon and workers are largely exempt from the stay-at-home orders.

At this stage only 14 deaths have been officially reported as directly associated with the coronavirus, but infections have increased 500% since a month ago and are expected to continue to rise sharply over the next few weeks. The virus resurfaced in the western Myanmar state of Rakhine after weeks without a domestic case. Rhakine, traditional home of the Rohingya, borders with Bangladesh, which has been seeing 1,800 – 2,500 new cases a day over the past 2 months.

As the rise of cases moves into Yangon, and further east towards the Thai border, the situation is causing new headaches for Thai border officials who are trying to find more efficient ways of securing the leaky border – much of it impenetrable tropical forest without official checkpoints.

Burmese authorities have been forced to close schools across the country and re-impose some restrictions that had earlier been eased. The national Government has also ordered citizens not to travel except for urgent matters or in an emergency. Domestic airlines have announced that services are now suspended until the end of this month.